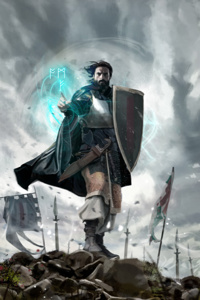 Dash is a cursed man, forced to move from place to place. Unable to find a way to break the curse, Dash travels the world in search of power, magic, and myths to break the magic of the deep gods that compels him. From mysterious forests, ancient runes and peoples, to the everpresent Labyrinth beneath the earth, if Dash catches the scent of a cure, he'll do whatever it takes. Hopefully he can do some good along the way, fingers crossed. 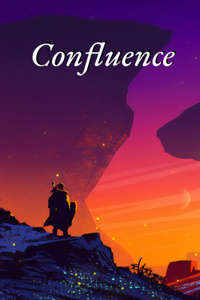 In some realities, the Keys to power are literal.

Ryan Miller has spent two long, powerless years in the new and dangerous world that the breach dumped him into. With beasts roaming the countryside and powerful Guilds controlling the cities, the poor farmhand from Earth wants to take control of his own destiny.

With no vast riches to his name, his only opportunity for a Key and control of his own life is to hunt and kill the dangerous monsters that plague the lands. And if he manages to get one, he'll have to fend off vicious Guild politics.

But the rewards? Exploring beautiful vistas in far off lands and diving through breaches to other worlds for fame and profit. And, just maybe, he can rise high enough to achieve the freedom he seeks.

For Ryan, it's more than worth the risk.