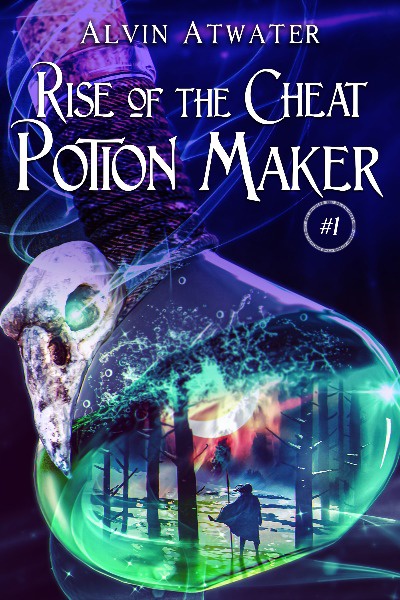 In a blink, I found myself in an unknown land, greeted by the textbox of an unfriendly system.

It wanted me to become a great hero, save the world, win the love of the people and all that crap. But this new world already had a hero. Why should I bust my ass, deal with dragons and the unknown, for people I didn't know? Let him deal with that. It's his job! So instead of being tempted by the system's nonsense, I chose a simple class. Potion maker. I wasn't interested in cultivating mana and defying the heavens, courting death, none of that crap.

Unfortunately, the town I spawned near was suffering crippling inflation, merchants and people were leaving, and they themselves lacked high-demand businesses. The town would soon be going under.
Not if I have anything to say about it.

But will it be that easy to escape fate...?

Novel contains: Strong MC in a slice of life environment, dungeon diving, boss battles, cultivation  and elements, mana/magic, mc exclusive system but it doesn't do the work for him, treasures, adventurers, slow world building, build-up, features that will not be introduced all at once (upgrades so on), actual good loot at the end of very powerful bosses, romance(no harem). As characters develop throughout the series, issues and emotions and even the mc may find himself in a corner or two. A story of an upcoming potion shopkeeper and his apprentices.

Building an S-ranked Potion Shop is easier said than done...

Daily chapters on Patreon.  [All chapters are 3k words or more. As of this update 8/11/22, book 1 has been professionally edited by my editor and is now available on Amazon:https://mybook.to/PotionMaker. 103k words. [Patreon tiers will also receive the downloads after the editor tears it apart and repairs.]

[Book 2 is in progress and chapters are uploaded daily Patreon.]

The final version of the cover will be an anime cover, but will not be uploaded to RR. You may see it on my facebook/twitter page. 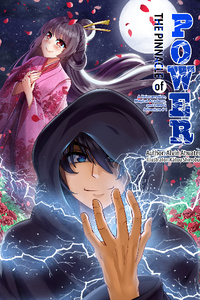 The Pinnacle of Power
STUB
51 pages

Death can come for us anytime. Seriously, anytime! Greg was simply taking the best dump of his life when a truck smashed into his apartment, killing the college graduate instantly.

I think you know where this is going…

He is pulled from the blackness that would’ve taken him to the land of the dead to a new world! The unsettling nun that reincarnated Greg is actually the dean of a magic academy. She knows there’s something interesting chained within the untapped power of the young man, but he must accept her offer.

Attend the academy and graduate. He’s even free to learn the magic required to go back to his old world.

However, she knows the organization responsible for his death and if he was accidentally caught into a dispute or if something nefarious is going on.

A novel where the academy actually matters.

To the harem crusader squad: none in this one. 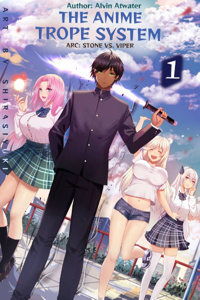 The Anime Trope System : Stone vs. the Viper, a LitRPG.
HIATUS
443 pages

By the will of unknown deities, Clyde is swiped from Earth and tossed into an anime world. He’s the declared the Stone aka main character. One day, he must kill the Viper, the antagonist. Too bad things aren’t exactly as black and white as that. The Stone is something much more…

This world and its inhabitants are real. It’s another dimension with a lot to explore.

This is the story of a young man’s evolution from college boy of Earth to godhood and beyond. The challenges stand ahead of him:  demons, monster girls, crazy yanderes, even a girl with maxed charisma. He never thought he’d ever see a magical girl…

A story of comedy, action, and going from weak to completely unstoppable. He is the system disruptor…

In a world where tropes are present, anime girls falling in love so easily, and city-wide issues intertwining with the main mission, Clyde must level up power and his mentality, RPG-style. He can no longer be that earthling. He will learn… whether he likes it or not.

Someone who breaks systems…Feared by the gods…

~A lover of character development...

-----WARNING: Episode 7 and beyond will intensify in sexual content, sexual humor, sexual/sex scenes, + references may ramp up a lot. You have been warned. (This is humor and mature content. FICTION. Anything that an adventurer-type do is risky. This is not for the faintest of hearts.)   (There are also Monster Girl Quest/Encyclopedia references and sex scenes in here. Once again, fair warning.)

NOTICE AS OF FEB 2019: Web novel hiatus indefinitely due to Amazon policy, people translating my shit and charging money for it, posting this on other sites without my permission. Please join discord and/or Facebook page for updates. Patreon will continue to get chapters as normal.

Thank you truly for understanding! This is my livelihood and I don't want to lose it.

This series will cotninue on--a fun tribute to anime of all forms and satire--so much fun to write.  Feel free to let it be that safety net in your library.

Author note: get in now before you're left behind. I'm planning to be around for years xD. [See Amazon for edited versions + further continuations. See Facebook page or patreon for updates. And welcome to Team Stone.]

^if you have any questions, concerns or vents, this would be the best place to reach me. Or if you're bored, want to increase the numbers, etc xD.

MANGA can be found here: (https://Animetropesystem.net)  Anime 3-minute OP and series are still TBA. There is a studio that will be contacted. Artwork can be found on Discord: Official Artwork channel.  Facebook page: Syr456. Patreon.

-Professionally edited version of the works can be found on Amazon. Audiobooks can be found on Audible, released as the narrator in line with the narrator's schedule and Audible's. Reborn editions = old versions edited by the editor and converted to the new format.  Volumes 12 and beyond began in the new format. It's a free update if you already own it.

The story continues, following the events of its predecessor.

In the anime world, Satovia, Clyde still battles the anime tropes, but no longer dances at the fingertips of the watchers. However, his friends have real issues, problems that intertwine with his own mission. Casting away selfishness, he finds himself awakening his real power.

The Anime Trope System volume 2 brings with it, humor, anime tropes and… yanderes, references, perverseness, and a lot of character development.

So, let’s level up and accidentally capture the hearts of anime girls while at it…

The Anime Trope System is back in a 3rd action-packed, humor-packed, adventure in Satovia. Clyde’s next threat comes in the form of a classmate. While her descent occurs, the young man must deal with hornets (the monster girl kind), prepare to meet up with vampires, and even depose Alice’s father, the demon lord, once and for all. December’s volume will make you wish to be a part of Clyde’s party. His evolution from college boy to leader still has a way to go. But…how long will the gods stand by while a new rival rapidly grows.?-----------

It's festival time! All would be perfect, fun, competitive. Well, try telling the vampires not to crash the damn party. January's volume arrives, a fourth book containing Clyde and his amazing party, humor and ass-kicking, happy and sad moments.While Clyde continues to strengthen himself so that he wouldn't die to the Viper, figures and organizations begin to move in the background. Join again to accidentally capture more anime girl hearts and combat those tropes...

Ah, peace! Exams, a tiny break from the fighting, relaxation. Yeah, right. First of all, who left a certain potion in the fridge! Second, what will it take to get some common sense into the team ninja’s head. Clyde would like to know. Third, it is time to face a threat that has lurked in the city since volume 1…Clyde and his party is back in February’s issue, ready to dish out some fun in Satovia. Welcome to the fifth volume—and more anime shenanigans…

A questline mentioned in the very early volumes has finally pulled Clyde's interest. Niyoto. However, it isn't some side quest or filler. In this city, things will get very interesting. From being introduced to a quite frightening faction that claim to fight for the good of humanity, crazy cultists, a demon lord with a rather...different personality, the sixth volume comes in strong. Clyde and his party is back in March's issue to take a step toward the ultimate goal of being strong enough to defeat the Viper. And the anime tropes continue to show themselves. Do you believe in the heart of the cards?

Volume 9: stakes incredibly high, very intense! A dark volume. Can the team bounce through this? 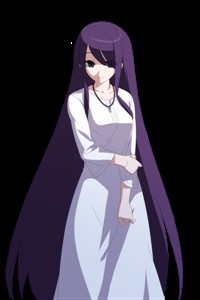 Note:  the Maki here is not the same Maki from the Anime Trope System, even if they are simliar xD I don't even know how this happened haha, but this one predates our crazy Yandere.  (funny how they both are lusty though.) 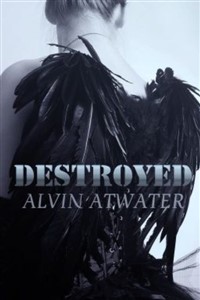 I fucked up big time. The explosion felt as if it shook the earth with vengeance. Black dust, strange sparkles, and smoke ruptured in every direction. One heartbeat later, the giant college collapsed. A cold numbness plunged into my veins. A strong gale erupted in the aftermath of the failed spell, causing the smoke to clear. I frantically searched the ruins to see if anyone else survived. Somehow, I did-but this had to be a fluke. There wasn't a single scratch on me! And fucking hell, the explosion came from my wand. Everyone's death was... my fault.