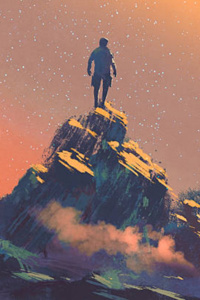 In the future, the biggest game that took the world by storm is Listonia Online, A full dive fantasy VRMMO. Jay is the foremost class researcher for one of the top professional teams in the game. However, even though he has made a name for himself, he still regrets not taking the game more seriously when playing during its early years. He finds a new dream by trying to become the pioneer for a Tier 5 class, the pinnacle in the game!

However, the power structure amongst the top factions in the game makes it currently impossible, even though he finally found a way to make the first Tier 5! When he is thrown 10 years into the past, It seems his opportunity to realize his dream has come!

Note: My current release schedule is 1 chapter at 12PM EST (4pm UTC) on Saturdays. Occasionally i may be able to put out an extra chapter during the week. I will aim for extra chapters to be released on wednesdays at 12PM EST (4PM UTC)

Clarification: Since some people might have questions about it, This series is not a Harem series and will not focus on romance. While there is an introduction of alot of female characters in the first few chapters, the focus for this series will be the adventure and game aspects.

Unfortunately this is Dead, i dont plan to revisit or continue this Series

When the most popular VRmmo in the world suddenly shuts down, Darren is depressed that he will no longer be able to enjoy the game. However, when new information suddenly comes to light about why the servers are being shut down, he regains enthusiasm and sets out to explore and experience the digital world in ways he never thought possible.

A Road To New Discoveries by Glitch
DROPPED
66 pages

Unfortunately this is Dead, i dont plan to revisit or continue this Series

Kristen Morisen is a hard working, self sufficient college student. She stubbornly refuses to play Royal Road on the basis that she simply doesn't have the time. but is that really the case? how much longer can she continue to be the odd one out? As she reaches her breaking point, untold adventures await her in the game that has become popular across the world!