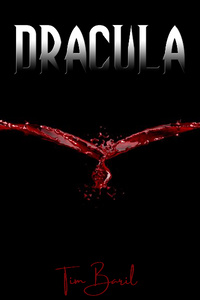 A retelling of the classic tale in the style of the great gothic horror stories of the 19th century. No sparkly vampires here. These are out for blood. 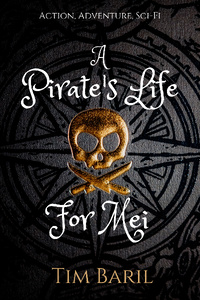 In the future, prisoners are no longer kept in traditional prisons. They're put into comas and permanently dwell within realistic, full-dive virtual worlds. Mei is a journalist and activist falsely convicted of political crimes after accusing an official of sexual harassment. She finds herself in chains aboard a ship in the Caribbean, a prison realm set in 1675, in the age of sail.

Oversight is corrupt and the guards are violent. While most prisoners sullenly endure their hardship, Mei knows that this world has a loophole: prisoners can buy their freedom — if they can get the gold.

And this also happens to be the golden age of piracy. Yo ho, yo ho.

It's a pirate's life for Mei.

Mei arrives in the Caribbean and battles for her freedom against the devilish English navy, is kidnapped by Caribs, and comes face-to-face with a jaguar. She recruits fellow prisoners in an attempt to steal a boat and flee the prison colony.

Mei and her crew arrive in Sint Maartin and learn that the French and the Dutch are at war! As Lance, Juan, and Cheeto face their pasts, the crew becomes privateers. Their first prize: a ship full of rum and a week of drunken debauchery in Curacao. This puts them on the trail of Aztec gold buried deep in jungle ruins. An adventure filled with doublecrosses and stealing their first true ship!

This is the All Ages version. Mature content is available on Patreon. 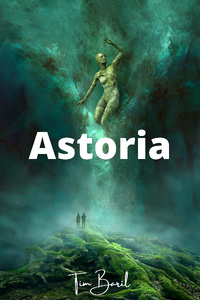 The adventurers of heroes and villains weave together in the world of Astoria.

Start with any series. Later on, they'll weave together, much like the Marvel universe.

Series 1 - THE MERCHANT WHO WOULD BE KING

Hadiin is sick of being poor and surrounded by a growing pool of billionaires. Life is unfair. Then a mysterious being offers him a chance to go to another world where he can be anything he wants, a world with magic and skills and potential. After seeing everyone else get rich, he decides it's his turn. As he starts a new life as a merchant in a fantasy world, he meets a dragon sorceress, a Lady vampire, and runs afoul of a former adventurer who is as much gangster as merchant.

Ai is a deaf student in the musical arts program at Kyoto University. Yeong, an aspiring teacher and part of the archery club, is a university exchange student from Korea. They meet under the cherry blossoms along the Philosopher's Path and sparks fly—only for both to find suddenly themselves in another world, surrounded by corpses, a magical ritual gone very wrong. With the help of a knight commander and a star mage, they stumble into mystery and a new life. 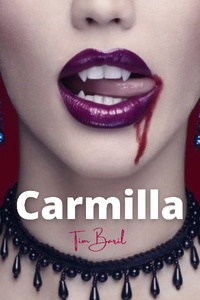 The 19th century. Laura, mother to Lucy, who will one day fall prey to the legendary Dracula. She is a young woman on the cusp of adulthood, longing for companionship and love, when a shocking event  leads her and her father to take in a mysterious young woman to live with them.

Laura is overjoyed to make a new friend. But this is a woman with secrets, and she is far more than she appears. 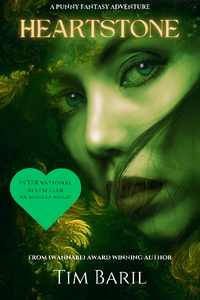 For centuries, the portal to another dimension remained closed. Now, it is mysteriously open again, and the link between Earth and Heartstone allows us to journey once more to this magical realm.

Book 1 - Arwin arrives in Heartstone and meets some lovely damsels who are unfortunately in distress. He faces off against blue blood nobles to help the people of the Blue Region.

Book 2 - Arwin befriends Yaz, a talking skeleton and sets off for adventure. But before they get going, they stumble across a tribe of gorgeous nymphs. All seems fun and games until the goblins arrive.

This series is a portal fantasy (isekai) that features wordplay and puns and plenty of cultural references. Reminiscient of Piers Anthony's Xanth series and Terry Pratchett's Discworld, but for a more adult audience.

Book 1 is also available on Amazon and other online stores. You can also download from Patreon. 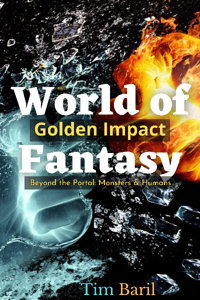 For two decades, an RPG reigned supreme as the global king of MMOs. Then years of scandals and lawsuits, increasing microtransactions, retconning and nonsensical lore, and multiple progression-system changes, caused once-loyal players to form dissatisfied alliances and to leave in hordes, putting the developers on the edge of financial ruin. Now, NOVisionWizard is back to right all wrongs and to lead the gaming world again with their new, full-dive MMO:

Little does everyone know that the devs are secretly harbouring a lot of ill feelings towards their former playerbase...

Book 1 - Beyond the Portal: Monsters & Humans

It’s the comback of the new century for gaming company and tech giant NOVisionWizard. Via a mix of bribery and nostaligia, they’ve managed to entice a million players into the epic new game they’ve developed. Beta testers raved good things and everyone is on the edge of their seat to find out whether this company has really made up for the past and delivered a game that will take players into a new golden age of MMORPGs.

For Quill, Jane, and many others, diving into Golden Impact is about more than a fun new role playing game with action and magic, it’s personal. And they’re about to experience a whole lot more than anyone ever expected.

Join them in Stormstadt for the opening ceremony!

Please note: This story may start off slower, and take longer to get into progression, than some litrpgs. It has a more traditional writing style (for now). 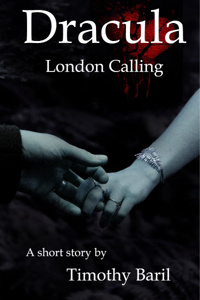 Transylvania, Oct 31, 1895. Maria is in love with Dimitru, but her parents want her to marry some rich bully that she hates. She and Dimitru, contemptuous of her family's superstitions on this unholy night, run off together, into the woods, to be alone. That's when the night seems to turn against them, mysterious events scare them, and something starts hunting them.