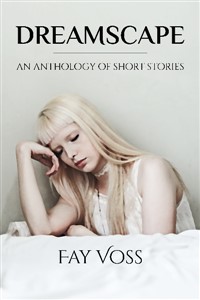 And this is no exception. Well written so far, and lovely imagery.

Keep more coming! I wonder what your dreams say about you? I assume you have the standard ones... naked at school/in public place, forgotten your locker location/combination, forgotten where your classroom is, et cetera.

One you go lucid, you get ... more thematic ones. it's a blast. I'd like to see some of that in your writing. 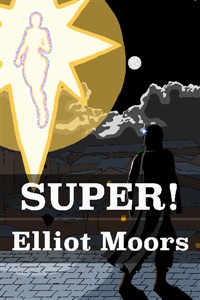 Much improved, and now with 100% less Infanticide!

You really have done well by rewriting the whole thing. It's clearly better writing. its fast paced, smooth. The dialogue pulls you in. and your descriptions support your characters well.

I like the idea of superheroes in a fantasy setting.

If you think about it, there always were, though. They were wizards and demigods and whatnot.

sorry I was so late on the review. ( i did do it, but It was as a comment I think? My bad)

I did notice one but that broke my immersion (it's a tiny niggle, so don't sweat it.)  when the boy was climbing the slate rooftop.  you said his feet curled. I recommend using toes instead. 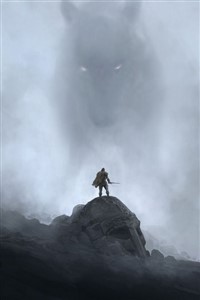 So, I read three chapters (not including the index) and see a fairly by-the-books fantasy novel here, and that's a good thing.

However, the storyline (including backstory) is a mashup of other books and mythology, such as Norse when Skoll (the wolf) swallows the sun. And the names, we get Elric (of melnibone, I reckon) as well as the other notable names lotr, got, et cetera.

This is the most crucial thing I can tell you.

The heroic stereotypes, and all the dressings to make a proper hero sandwich. We want that! That delicious flavor that stimulates the mind, and makes you want to take that next bite.

But if you (re)use other people's work, it will never be as good as the original, and that's not how you grow as a writer. (there are exceptions, such as screenwriters for a serialized work, but that's a very specific example, and it ain't all beer and hookers over there either, those kinds of writers face a panel who pick through it like a CSI detective. That is agonizing, let me tell you because it is constant HARD criticism.)

Well! Now that that's said (and I apologize if it was a bit harsh) let's move forward. You have the talent to tell a story, that's clear. As a fan of the genre, you hit the points just right as they came, so good job on that.

Your flow is smooth and tight, I noticed a few inconsistencies though. One of note, the hunters who end up at the scene where the wolves get roflstomped, start cutting meat to take home. That doesn't happen for anything larger than a rabbit. Firstly, meat needs to be hung to drain the blood and let the gamey flavor go away. (especially carni or omnivores) carcasses are taken whole to process later(for hides and everything). meat is hung for days before it becomes reasonably edible. Starvation emergencies aside, the only thing a hunter would eat right away would be a heart or liver, because those are good to go (but gross. IMHO) 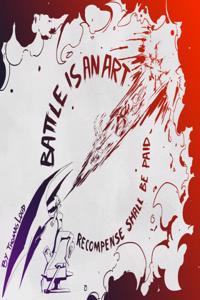 I read the first three chapters. Then I read them again. It overly complicated, and at the same time lacking in proper description. Kind of baffling.

I didn't get that the main character's race even had tails until chapter 2. Much less what they look like? After three double read chapters, I guess that they're anthropomorphic dragons. More than that, it took a handful of paragraphs to understand that the protagonist wasn't human.

You go to the trouble of giving the race a name, but It's not a name I recognize, so, again, I'm left in the air.

then you throw in ...sentient pencils? Seriously. description.

Also. Might be a cultural thing but the dialog between the parents and child was super inappropriate. Angry I get. But you don't say "Who's getting fucked now?" that's a super rapey vibe. And you're gonna lose a lot of audience with things like that.

It boils down to initial descriptions. Give me some. seriously. Get in there, and make me a sammich of tasty descriptions. Rework those first few chapters where characters are introduced and describe them. If it's humans, you can get away with simple things like a tall brunette, or a skinny girl with a lost expression. but when you have a new race... man! I need details.

A diamond in the rough.

I Read through 1.3. The story seems ...empty. And I'm not entirely sure why. I get the setting and characters (2 and a figment) I get that they have powers of some sort. I never did get WHY they are there or WHY they have powers, or indeed what the powers are. Illusions, primarily, but Im getting some vagueness that implies other powers

Also, guy's on an alien planet (maybe) but he still has the ability to perform microtransactions in a video game? that's one helluva phone and range. Just sayin'

Not saying the story is bad. It's readable, but it could really shine if you address my points. 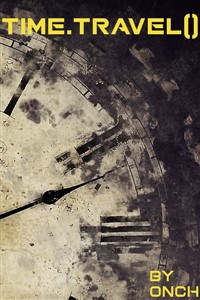 Time travel on a budget

So, I blew through chapter 9, and let me say, I loved it. I wanted to read more, but I just finished the manuscript for my third novel, and I need to get on edits, so once I'm done here, the night will be filled with that (I get weekends off, as I'm an English teacher.)

OK, before I get on with the review, I need to lay out who I am, and why my opinions should at least be considered.

I'm Felix Galvan, professional author and co-owner of Indubitably Press, a small press based out of Texas. My partner is Travis Galvan, who to absolutely no one's surprise, is also an author. The reason I bring up my brother is the series he's written (Names of Power) has a shadow-walking werewolf as his protagonist. If you haven't read it, do so. It is amazeballs. My series (The NecroNomNomNomicon) is a parallel series (both share the same world) His Wolf-boy appears in two of my books.

The setting is good (I've spent many a year on college campuses), I like the characters, although I miss the (forgive my call of Cthulhu reference) sanity checks that should be rolled when a normal sees the supernatural. It not only makes the read more enjoyable but adds a layer of realism that every book benefits from.

The time travel is alright, but the hows and whys of the limitations could use a bit more. Just more. Turn it to 11. (That's not only a spinal tap reference but my brothers' favorite phrase when he's doing a beta read of my work)

I think your choice of firearms could use a little tweak. I am a gun aficionado, ( Had to sell them,  because I moved to Korea for a job. I still shed a tear over them occasionally.)  The firearm this guy wants is not an ar-15. Its an AR pistol. I recommend the PLR-16 from Keltech. It is light, easy to maintain and SMALL (for what it is. its huge compared to a 1911. and legally in every way a pistol, not a rifle.) hmm.. I might have a video of me using one... hang on (digging thu Facebook...  aha! This is travis and I shooting it.  Complete co-incidence that we-re both wearing red shirts. Promise.   https://www.facebook.com/travis.galvan/videos/t.100000245128288/3227694563952/?type=2&video_source=user_video_tab)

Speaking of references,  I noted several in your work and appreciate them. Keep those coming. 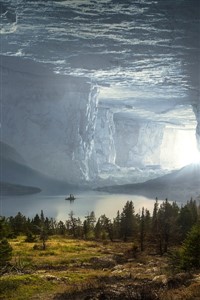 I read it all, stem to stern. The prologue was really hard to read, but everything else was really well written. It's almost as if it's someone else writing it! The difference is that drastic. So, yeah you've gotten better since you started it. The flow is good, the tension of the baby and mother is really good. My only issue is stylistic for me, so ignore it if you like. An its... The names. It's like you used a random fantasy name generator. (fine if you're playing dnd, not so much for a novel) i had hoped there a would be more to read. (One of my greatest sorrows is catching up to the author in a serial work)