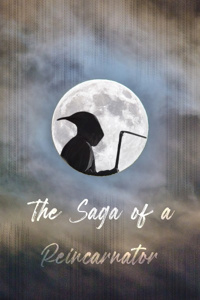 The Saga of a Reincarnator
HIATUS
40 pages

Life is not fair...
That's what I thought ever since I was born and raised in my family. I was never good enough for them, my efforts all flushed down the drain from the start because of mediocrity. In their eyes, my life and existence were worthless...
Even my classmates, all of them looked at me like I was some kind of filth hanging around their blessed school. My heterochromia a petty reason to bully me to the ground.
Life sucks...
I just hope in this new life I was given, I can finally wash away all my past regrets...

Yes, I crossposted this in webnovel and Scribblehub. 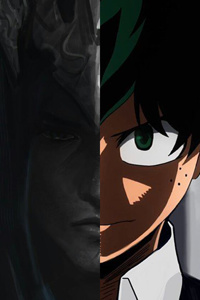 Izuku Midoriya always wanted to be a hero. He was a sweet, cheerful child who was always bullied for not having a quirk. Powerless, Izuku took the beatings and one day, snapped. Ending his life from the top of the building. He never even imagined his fate upon death. !UndeadIzuku! (BNHA x Dark Souls crossover) 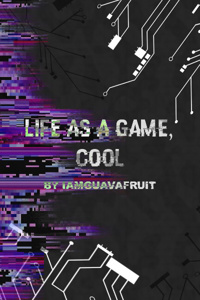 Soo… Hello? Why am I doing this? Ugh… Anyway, name’s Sethsamm, no last name. Why you ask? Well… it all started with me waking up and having this holographic RPG-like window in front of me. Sounds like one of the many mangas’ I read, funny. So I got this window, then it explains that my life is now a video game. And then shit hits the hay…

Starts up a bit slow, also a bit of wish fulfillment. Of course, there will be plot since I have a dislike for stories without plot, conflict, or even MC struggles. 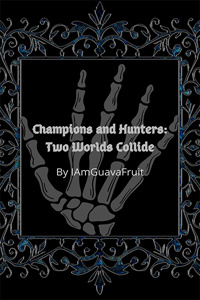 Just before the fall of Beacon, a whimsical little girl decides to barge in and spread chaos everywhere. 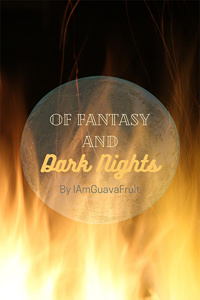 A concept known to man since the beginning of time… A concept, in which man finds their limits, where they are struck down, where man finds himself in a paradox known to haunt him till death…

Fredric Tom, an 18 year old teen, along with his little twin sister, Terry Fae, finds themselves, as well as their entire class whisked away to a land where swords and magic reigns supreme. They thought that it would be like those in novels, the templates where Heroes and Demons would have legendary battles that would decide the fate of their world.

For Fear… Is not just a concept… But a living being…

A/N: Still debating whether to use Horror or Tragedy Genre...

Drake, a game developer, after finally finishing creating his new game called "Dungeons and Mayhem", gets sucked into a parallel world where swords and magic rule the continent, as well as where various monsters and dangerous creatures roam about. The only forgiving thing is that he was transported with a benefit where he doesn't know left to right, and that is the power to view and manipulate the status!

Of a dungeon of course. 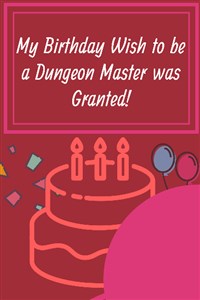 My Birthday Wish to be a Dungeon Master was Granted!
HIATUS
197 pages

Hello! Daichi here! Ever since I got hooked up on novels and manga related to dungeon managing, I've been wishing every year on my birthday to be one in a fantasy world. Stupid right? But what if I tell you I really am one? Right now I am managing a small dungeon that is still not well-known but in due time. I will make it the biggest and hardest dungeon ever known to mankind! 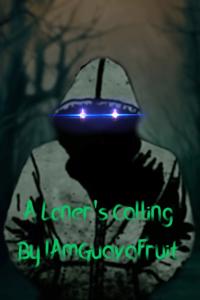 Ren, a high school student, was summoned along with his classmates to another world. Their job was to unite the 10 continents warring with each other. Unlike wars among countries, wars across continents were in a whole other league. Death was always nearby, creeping near to take away your life.

Luckily, they were given abilities by the God in order to cope with their lack of experience, as well as a one month protection inside the heavenly dome for training, preventing their death.

But Ren however, was given something else entirely.

A/N: Ok, so for those wondering about my other fiction, it's still alive. I plan on continuing it, and I plan on posting the next chapter for it about on or after Christmas. The reason for it was because all of my plans, layout, even outline, as well as some chapters I was suppose to release were deleted thanks to a mishap by my classmate. That really triggered me so I got unmotivated, but I plan on continuing it so don't worry.

Also, I plan on writing this new series, much more because there is no more classes (CHRISTMAS BREAK HERE I COME!!!), sadly, I still have to take a removal exam because I failed one of my subjects (NOOOOOOOOOOOOOOOOOOOOOOO!!!!!)

{Additional Tag: Weak to Strong} Might add more in the next chapters...

During the year 20XX, portals of unknown sources began popping up around the Earth. Within it, were dozens and countless of monsters which referred to as “Monstra.”

At the same time, dozens of people were able to attain something which was then called “Abilities,” while the people themselves were referred to as “Awakens.”

These Awakens were able to retaliate against the Monstra trying to invade the Earth by using the Abilities given to them. Some were blessed with superhuman strength, others with magical abilities, and some with keen insight.

Bert Coli, a Senior High School student that had been in a car accident, costing him his two legs, was shocked to see that one day his amputated legs were grown back as if there wasn’t such an injury, along with a message…

[Congratulations!!! You have been selected as a participant of the “World Reformation” Event!!!]

Author Note: This fiction still doesn't have a scheduled release for the next chapter as I am super busy with school now. Just wanted to pre-release the prologue to get feedback on how to set up the next chapter. I think by April, I can start writing continuously so that I can release chapters faster.

Might also change title depending on the feedback. Please help me think of a name... :D

I do not own the cover picture... Only the text... 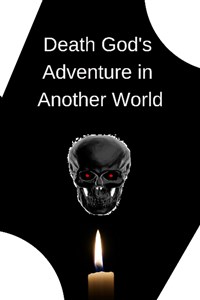 Feeling tired of the continuous and repetitive work of reaping souls and sending them to be reincarnated for countless millenias, the Death God decided to take a vacation for a few centuries.

"We never knew when did his legacy start, nor how it ended, but one thing is for sure, he was regarded as a hero, a saint, a demon lord, and death incarnate." - Excerpt from 'Biology of Unforgotten Existences' 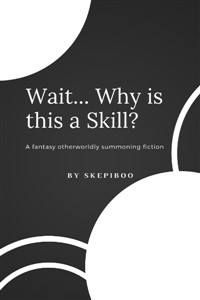 Now, I just lost my motivation for writing this. Feel free to read until the last available chapter. I might come back to writing, but it will be another fiction.

During school, Endou Kouta and the whole school were summoned to another world. With the cliché line, “Please save this world from the demon lord!” He and his classmates were given skills to strengthen themselves. However, Kouta, who was labeled “King of the School”, was given no skills. He was shunned by the royals but not by his classmates. His classmates then helped him train during their stay at the castle.

During an expedition to subjugate a monster, Kouta was killed… not. Instead, he was given a skill he never thought he would have.

This is the adventure of a closet online gamer in another world.