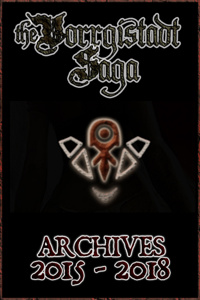 In the spirit of full disclosure, I'll state here that this review was done as part of a review swap, but it also reflects my honest opinion on the story.

I will try to keep this review spoiler-free as I understand that many people look at reviews to decide whether or not they want to start a story, so... yeah.

Without further ado, lets jump into the 'goods', the 'bads' and the 'mixed' of the review.

Theres a short tl;dr section at the end of each paragraph if you just want the summarised version of what I'm trying to explain in each of them and a super TL;DR at the end for anyone who literally wants a 15-second summary of the entire review.

The world-building really shines through in the story. There is an extremely clear picture of the world painted out for the readers to follow, with a map provided for locations and a section dedicated to the lore behind the world. There is even a detailed character descriptions page that literally made me shiver at the thought of how much effort was put into that page alone. Every detail is meticulously thought out before it is executed which really shows in the writing.

tl;dr: deep plot and complex world with many elements.

The characters have very strong beliefs and their individuality shows in every scene. (Just to clarify, the earlier paragraph was focusing on the physical aspects while this focuses on the mental aspects of the characters) The characters engage the audience well and allows the reader to understand where they are coming from with everything they do. The audience can easily view the world through their perspectives and build connections with the characters as they progress in the story.

The language flows smoothly with few to no grammatical errors. The paragraphs and sentences are well structured and does not distract the reader from the story.

There were parts where multiple scenes were so densely packed that it made scenes which I would probably have enjoyed individually transform into draggy sections that got in the way of actual progress of the story. I don't actually mind packed content, but the problem comes when at some point, it becomes a chore for the reader to go through said parts. This can put off many readers and even hinder attempts at re-reading the story when they recall these parts in the future.

tl;dr: There are draggy sections which can scare the reader away.

The author uses some self-coined terms in his novel to describe objects and places. This is a clear effort by the author to deepen the immersion of the reader, constantly reminding them that they are currently in the world of Aleth Myrris. While most of these terms can be understood within the context in which they are presented, it also confuses anyone who attempts to 'speed read' and prevents the readers from being 'lazy' sometimes and shutting their minds off when reading lengthier portions or sections which they might find to be slighty less enjoyable. This makes it harder for the reader to push through some parts of the story and I can see full well why some would end up dropping the series despite still holding an interest towards the story. (Well...I'm more or less speaking for myself here, but I believe I'm not the only one?...=X)

tl;dr: Reader needs to focus when reading through which might become mentally draining at times.

The fight scenes are vivid! They are filled with descriptions! It is as though you can see every small movement they make during each of their fights!...oh wait...you literally can. Once again, I placed this under mixed because I while I generally enjoyed many of the vivid descriptions of the fights and of the author paining a detailed picture allowing us to fully understand the thoughts behind each move, there were also parts where it got overly technical for me the fight became a chore to read. There is a fine line placed between vivid descriptions and overly technical ones. I personally felt that the fight in the first episode fell in the latter category and the first fight in the second episode fell into the former for me. However, I do acknowledge the fact that the line is drawn differently for each and every one of us. There is a reason why target audiences are a thing, hence I put this under mixed as it could really be a plus or a minus depending on the reader.

tl;dr: Some fight scenes are overly descriptive and might end up dragging the tension down.

Overview:
All things considered, this is a well-written dark-fantasy story with a deep plot, well thought-out world and engaging characters that shine in their own unique way. The world is not one where the main characters are the only 5-year-olds among a group of babies, the characters are actually developed with individual beliefs and work towards their own purposes in reasonable ways.

So for anyone looking for a dark fantasy story with a deep and intricately woven plot, this book will probably be a good read.

TL;DR: Language is excellent, Plot is deep, Characters have strong personalities, World is well-built. BUT, Can be tiring to read sometimes and Some parts might feel draggy and overdone. All in all, nicely written dark fantasy novel. Would recommend. 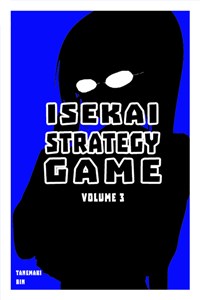 As of Ch7. (Also, this is my own personal opinion and you are free to agree/disagree with any of the points stated below.)

Style: Theres two parts to this.

First, the story is told using a first person narrative which is extremely consistent throughout. Even when information needs to be fed to the reader on details outside the scope of the heroine, the story still maintains the narrative and moves to the mind of another character instead to describe the details.

Secondly, the thoughts and perspective offered closely aligns with the characters used to narrate the story and does not feel forced, unnatural, or overtly illogical like in some stories, and is well within the grounds of common sense, allowing for the reader to generate empathy.

Grammar:There were few grammatical errors and none that really affected with the story's flow or immersion. The sentences are also well thought, particularly when it comes to the inner monologues of characters which suit the general theme of the story well.

Character:The characters are not simply stated to possess traits which the readers have to blindly accept. Instead, the story repeatedly adds depth to the characters by demonstrating their natures through actions, allowing the reader to discover more tidbits of character information along with the story's progression. I personally found this to be very suitable for the first person perspective the story was written in and added to the immersion.

Story:There isn't really enough content to review this aspect yet so... I guess I'll get back to this part in future? maybe.

Overall:Its a nice, enjoyable read which somehow gave me an all-around pink feel as I read the story. At the very least, one message clearly came through to me from the writing. The author like cute things.