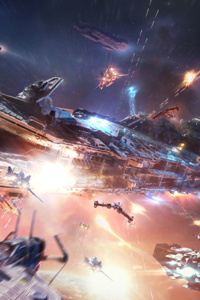 Follow General Rostov as he fights for the Galactic Federation against the Galactic Empire while carving a place out in this vast galaxy for him and continuously expands his power base to become a force to be reckoned with.