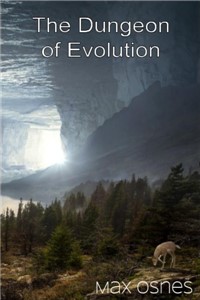 The Dungeon of Evolution
DROPPED
644 pages

The greatest mage and researcher in the universe, Ian Irwin, known to only his closest friends died at far too young an age. For their own goals and to give the mage another chance at life, the Gods and Goddesses reincarnated him into a dungeon. Most would shudder at the thought, in fact Ian did, but not for the same reasons. The plants, animals, fungi, and monsters that inhabited dungeons fascinated Ian in a way nothing besides his wife had. Ian had studied everything he could about dungeons and now he could be one.

Traumatising Content: Besides the purpose of dungeons, the presenting of evil morals as a positive is not present in this novel. Evil morals themselves, however, are present. Combined with the gore tag, there will be imagery present that could be considered traumatising. The absence of the sexual content tag means there will be no scenes of that nature. I, the author, apologize to any previous readers that, due to my previous clarification, read the story with the belief that scenes of disturbing imagery would not be present.