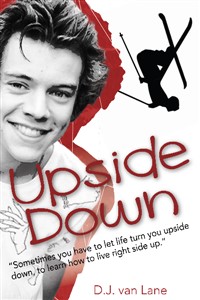 "Sometimes you have to let life turn you upside down, to learn how to live, right side up."

Eighteen-year-old Milan Lohmann was a typical teenaged social influencer. With a promising school career ahead already accepted into the best university in the country and right about to make it in freestyle skiing, major brands were in line to sponsor everything he wanted and needed.

Add Cara, a supportive and loving near-girlfriend, too many friends to keep track of and a nation-wide fanbase to the mix and a seemingly perfect life is created. But the fifteen minutes of fame have downsides to it and while Milan tried to juggle sports, his career and his friends, he didn't have time to appreciate to advantages of his life.

But sometimes all it takes is the blink of an eye and a very hot-headed jerk to turn everything upside down.

And maybe another hot-headed jerk, a hyperactive guy without personal boundaries and a bit of luck is all Milan needs to turn his life back around. 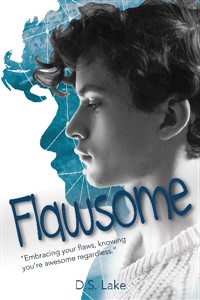 “Imagine someone who likes you so much, they make you like yourself.”

Looking at sixteen-year-old Neo Favre, there isn't anything to point out that would explain him being heavily bullied. He has  loving parents, a healthy amount of sibling rivalry to overcome every day. He can be funny, he is nice, he isn't an annoying know-it-all nerd. He's just like any other teenager attending Haven Highschool.

Except one thing; Neo suffers from OCD, and his irky habits are solely the reason for his classmates to make fun of him. But as much as he tries to hide his annoying habits of counting literally everything, entering a class without touching the floor right in front of the first desk, tapping light button's to the beat of "we will rock you" and any other small tic, his fellow students know, and they use it to bully him endlessly.

Neo just wants it all to end, but right when he worked up the guts to put his actions where his mouth is, Calo show's up to save the day, and maybe his week. And who knows, maybe even his life. 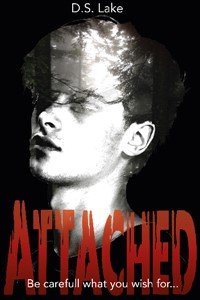 The Miller woods is a vast mysterious forest, known for numerous cold-case unsolved disappearances. Cory Dunn was only fourteen when he got lost in The Miller Woods, spending a night in it. He was the only one to return after several hours, ending up in a psychiatric ward when he reappeared the next day. After the incident, the local government issued the order that the woods are now off-limits to everybody. Questions still remain unanswered about what happened as large fences with barbed wire and electricity on it are needed to keep thrill-seekers out.

Now Cory is sixteen and rejoining society, starting school at Miller high, joining Sid and his friends in class. With his appearance, rumours start making their rounds again, about what supposedly happened to him.

Sid and his friends love anything that has to do with horror, thriller, and mystery. And Cory Dunn's story is filled with those elements, as the boy never told anyone what happened in the woods. Adamant about finding answers to the mystery, Sid and his friends use a major power outage all over town to sneak into the woods. 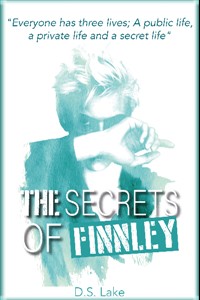 The Secrets Of Finnley
HIATUS
118 pages

"Everyone has three lives; A public life, a private life and a secret life"

As a straight A student, Finnley never got himself into trouble. He goes to school, runs track, hangs out with his two best friends Cristian and Emma and studies; a lot. That is until Cristian decides it's time for Finnley to go out and party for once. They end up in a club and while Cristian is focused on the girl of his dreams, Finnley disappears into the crowd.

By the time the night ends, Cristian has been arrested for getting into a fight and caught for underage drinking. The next morning, after getting out, he finds out Finnley never came home.

As Cristian starts his search for Finnley, he finds out Finnley kept a lot hidden from him and he starts wondering; did he know Finnley as well as he thought he did? And exactly how important was Finnley to him?

WARNING: This story involves LGBT content. If you're not okay with this, please leave!