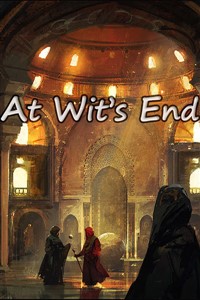 Escaping his fate, a young man finds himself powerless in a world of wonder, where magic spills from every hand and demons make both men and monster. Follow Wit as he weaves his own epic. From making unlikely friends and unimaginable foes to being crushed by tragedy and finding the will to move forward, watch as he embarks on an adventure of mythical proportions.

The cover art is the work of a great digital artist named Amir Zand over on ArtStation. 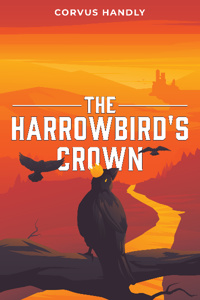 (Formerly: Tales of a Harrowed House)

This is the tale of an exiled royal family who, after their bloody reunion on the island of Providence, return to a war-torn homeland where once more, powerful forces pit sibling against sibling in a bid for the crown — and once more, the magical streets of Auctor echo their infamous motto:

“Fire will Reign as Harrowbirds Soar!”

From his humble beginnings as a shoemaker’s son, his year spent as a daringly brazen orphan caught between rivaling Houses and a mad ghost, and his fight for the crown after his return to Auctor, Corbyn faces a coming-of-age story unlike any before him as he discovers magic and birthright are two things he never knew he had.

From the intimate narrative of a childhood that was never her own, her year spent struggling to find the person she is rather than the person her family needs her to be, the secrets she hides, and the truths she finds, Halle discovers herself on the fabled island of Providence as her House collapses around her, bids to enter a legendary school of magic in her homeland of Auctor, and fights for a crown she never knew she wanted.

A high-action, character-focused story written with a poet’s styling, The Harrowbird’s Crown is a tale that will transport readers into the conflict and conquest of a royal family back on the rise.

This story is more traditionally plotted. While the beginning may seem to start out slowly, when shit hits the fan: the action is constant, the mysteries are satisfying, and the character development is rewarding.

Chapters are usually between 2.5-3.5 thousand words (though some, like the first and second chapters, can run up to 5k words). When it’s long it means that the chapter will just have that much content in it.

There’s Action, Mystery, Fantasy, Comedy, and some Psychological undertakings. Romance hasn’t come up yet, but it may in future chapters.

I try to have chapters out every Sunday at 7:00 CST

Book One: The Ghost of Providence