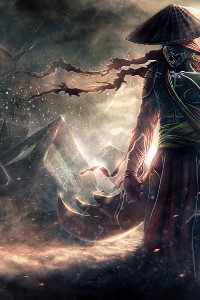 This is a story I created for fun after reading some LN (Korean/Japanese). The first few chapters might be a familiar to some, but then again, it will evolve after that in a very different way.

I'll be updating it as frequent as I can depending on my time since I have another story to write.

Since English is my 6th language that I speak, don't expect perfect grammar from me. I'm still improving as I go along.

[Below is the real sypnosis]

Once a hero, now a zero.

As a soldier, Bryan Walker was both fearless and skilful. However, fate had handed him the cruellest of tests. He suffered Post-Traumatic Stress Disorder, PTSD and now a paraplegic without a penny under his name.

Trying to escape the fickle and harsh reality, he shut himself in. His only companion and salvation was the online game called Last Illusion XX Online. Starting from scratch, he rose from the bottom rung and became one of its Legendary Demon King. But that too did not last as the game ceased to operate.

However, this time, it was not without its reward. Having a new lease of life given to him, what could Bryan Walker do next as he dived into the new world of VRMMORPG called Noble Path Online? The state of the art game was the best ever created, bridging between reality and fantasy world. A reality he once afraid of, and a fantasy that he cherished and love.

Would he climb the peak of existence, conquering everything the game has to offer, like he did in LIXXO or would he finally find it too tough and to call it quits, yet again. The virtual game world had now become real. 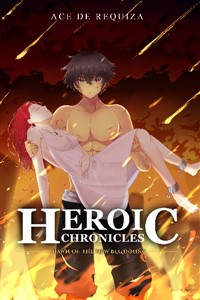 Volume 2: Dawn of the New Beginning.

[This story is written in a Light Novel style]

Heroic Chronicles tells the tale of a 17-years old protagonist, Claude Leonheart, a lowly Initiate of the Brotherhood of the Sun whose whole world became one of many trials, and challenges after saving the Kingdom's only princess. As he becomes a hero, a new world now awaits him.

Follow his adventures of epic proportions (maybe not) as he encounters various adventures upon adventures and meeting new people during his journey as his life would then be shaped by these encounters for better or for worse. Take the journey with him as he learns his power and responsibilities that comes with it.

Becoming a hero is not just about saving girls and slaying monsters.

The cover is commisioned and done by: Artist: FatCatInTheBox

Before you lot bashes me up with my English etc., consider this:

1. This is my first novel. First conceptualized and written some 23 years ago. Only until last year that I did some improvisations and improvements to what I had kept in the dusty corner of my room all these while. This story sees the light of the day because I challenged myself, that's all.

2. English is the 6th language that I speak.And in RRL, I'm using British English mostly to write my story.

3. Easier said than done. Rather than subjecting me to subjective comments/reviews about the language, point it out and suggest an alternative. One or two would do just fine. It goes a long way.

The Pledge - This story shall continue till it ends properly. 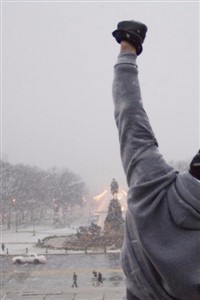 TO GAIN WHAT IS LOST
HIATUS
22 pages

A story for the New Year Resolution contest.

A wealthy man thought he had it all; fame, wealth, reputation and most importantly his life. But he was wrong. Lying on the hospital's bed, he began to have a second thought of his life and where it had led him; on the verge of losing everything -  most importantly his family.

Since I'm not much of native speaker (English as 6th language and all), do pardon my mistakes.