You just dont do that

If a character complains about something the whole time and has the means to easlily fix what troubles him yet refuses to do so at any time then you got a bad novel.

I cannot stress just how annoying this can be i wanted to give this novel the lowest score possible but surely its still a novel yet the whole premise rests on the Mc having 142 IQ yet being beyond retarded. 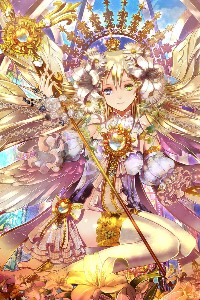 Summary is by far the most important aspect of a novel!!!

I am placing a review with 2.5 stars just for the sake of getting this across.

why do you think authors when they try to sell their books spend quite some time on the covers even money as they need to hire people to make it for them?

Not all of them do so as there are many with just the title on the cover without anything added.

But they will put a short but precise summary on the back explaining at least whats it about.

So if you are actually a decent writter your current amount of chapters combined with the fact that you are calling yourself lazy is not something that gives people a reason to read the novel your working hard on.

It does not need to be anything fancy you could instead of placing a summary just make one of those freaking japanese light novel titles that are as long as a string of dna.......

If you are writing this novel just for the fun of it as a stress reliever I will delete my review.

Its kinda sad and maybe even a bit annoying when an author tries to be apathic but ultimately fails at it as your posting your work for a reason RECOGNITION! 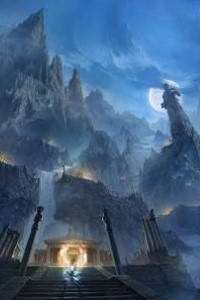 In most stories people either invest themself into the chars or just enjoy whatever they do may it be bad or good...
I am one of those who invests themself rather deeply, so if the peeps do weird ass shit I cannot go on.
The events that went down kinda robbed me of any enjoyment, the Mc is supposed to be the best assasin the world has know at the age of 18 years...
The betrayels in this story are far cheaper than some korean drama making this rather meh.
As for the writing style after the first 1-2 chaps it consisted mostly of >I did that then I do that after I do this wow I did this then do this ect its rather maddening.

Chars do the most weird ass things because of the most weird ass reasons even the powers the peeps pick are poor picks.
The power the Mc got is not the same system anymore as it doesnt force the MC to do anything (all benefits zero bad sides).
Fun part is giving one access to this system instead of buying a tradeable item for said person is rather stupid nah its insane.

As for the god giving the MC 5000 points for free it would do your story a good service if you just let him start the first mission with his base stats....
IF he dies then fuck him if not it will actually be a freaking legacy to the original series (I disliked terror infinity with the peeps dying and getting ressurected like cheap pieces on a board).

Edit: on a side note all the prices for the items in his terror infinity system are poor as cheap.
As for the amount of points he gains by killing things are to fucking high.
This can almoost be called similair to death march, only difference in DM its tought out to some degree.

So yea this may be a review or not I will let you be the judge of that. 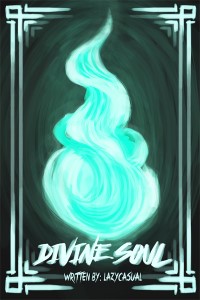 I am only writting this review for the fact that its nice to show your supporting the author but at the same time when the author deserves recognition you kinda need to show it.

So here I am 2 chapters into the story its nice how a modern human kinda reduces the amount of arrogant young masters giving the much needed slice of life these cultivators need... with all their dominance and disregard for human life.

That is kinda all I have read as off now (the humor and other aspects arent as set in stone so cannot comment on that yet).

After 15 chapters + i will revisit and adjust my review ~  but i can proudly say the follonwg I am first heheheheheeh miep miep motha ......

You could ask the question if a story has bad grammar or spelling then the contents as in the story itself could be good right?

Now if its just on the level of some misspelled words or some rather not so obvious grammar mistakes, you could be right.

The problem lies in the fact that even if the author is aware he decides to post it regardless but its so bad that the right choice would be to improve it and then post it.

Instead he/she decides to post it ignoring all this, this in itself already shows how serious this person is about his novel.

Ever read a novel where the first part you read just kinda drains you off all energy to continue on?
This novel kinda did that for me below is a part out of chapter 1, no spoilers just a kind of info dump by the author (not litteraly the style of this info dump is a kind of backstory).

Anyway read it and you will kinda understand what i mean me pointing this out has actually no value as its litteraly the beginning of chapter 1.

But for the author it may be of some use as 1 star is not really a good rating......

in the beginning, there was only true nothingness, not the void true nothingness. from the nothingness came soul or will many words have been used to describe it over the ages. the old languages have better words for it but nothing, but the languages of the ancients does truly cover the realness of it the closest language that comes close are that of the Ents ancient creatures. Although what they use are more of the length of a novel so it’s not really that useful today and them being nearly extinct doesn’t really help that much. also, there’s not many creatures or scrolls much less actual books that explains it any more. the next concept that came too be was Urrh or the primordial energy that came before all other types of energy. later urrh gave rise to all the other energies the closer too urrh the more powerful.

but before that soul spawned chaos and order and urrh spawned creation and destruction.

I know that the author has every right in the world to make up stuff or decide on names for his novel but come one Urrh?

the next concept that came too be was Urrh or the primordial energy that came before all other types of energy. later urrh gave rise to all the other energies the closer too urrh the more powerful.

I suggest the author to completely rewrite the beginning pretty it up a bit...

As for the rest of the novel if it is of the same quality as the beginning of chapter 1 i would suggest to rewrite the whole novel.

The title basically says what i want to say.

The whole junkie shizzle and the fight with the rat is utter bullshit.

The novel litteraly did an infinite jump kick combo on me making it impossible for me to take it seriously.

And that just in the first 2-3 chaps making this one of the most awkward novels i have read even tho the grammar/spelling is quite good.

Meaning this is not a crap novel written by some 13 year old not having any mastery over the english language.

Instead its just what the author decided to write about that is making this a not so pleasant read.... 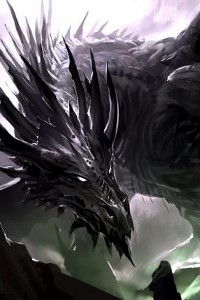 Seems placing comments is not tolerated

i could write a full review wich i wasn't planning on doing but the author of this story deletes any comments he even slightly dislikes.

Even if they are neutral in tone ( example below)

I can see to many elements and to many inlogical stuff happening.

I assume you got inspiration from the manga Id and of course wuxia/xanxia genre with a sprinkle of fantasy...... mashing them all together.....

This aint a problem per say but if its all mashed together on a speed train leaving plot holes the size of jupiter in its wake you got a problem...

Not completely neutral but it's not like i am bashing him or her just stating an opinion without downright hatefull words. 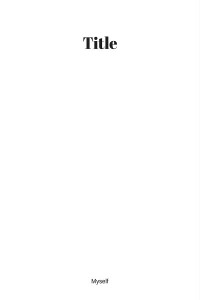 At the beginning i was having fun thinking of many scenarios that could be fun with the shop system in place.

Instead the MC does not do anything noteworthy at all.

With this shop he buys the most useless skills wich dont have any type of skill level.

While he only grinds things that a normal person wont even do while having the assitance of a skill system......

IF your in a rpg world why build a random shack if you got a far cheaper inn at your disposable?

Nor do i see the reason he doesnt mingle with any humans or people in general, he doesnt ask question not even thinking about his current situation.

Even the anime nerd thinking of yay i am in a different world i can become a fucking wizard so who cares about my old world would be nice to see....

Instead this could be a story about some random dude grinding shit in a mmorpg ignoring any npcs or people in general while doing whatever ignoring any top tier skills in the shop.

No planning nor any discomfort at his current situation he doesnt eat nor shit and only sleeps to pass the time.

All this together makes one wonder why read this?

If only something can be added to this novel making one look forward to each day as the Mc wakes up, that would be awsome otherwise this stay rather bland.

Old yet new,cliche yet very original

Title kinda says what i find of this novel.

This feels like those old animes where the princess of a country needs to travel with her only trusty archemage friend.

As her country got taken over by her evil aunt or something, looking for the ancient golden dragon to help her cause.

But the author managed to add what we like currently with the Litrpg genre, bluescreen sama and gender bender shizzle.

Revisiting the old much liked and well received plot that I very much liked but almoost did not remember (thx for that).

Sadly the novel only has 4-5 chaps at the moment as i was craving for more but i will be patient so go for it author while knowing i very much like this novel.

As for an in depth review on the aspects of the novel meh screw that, I can name some things that feel quite odd but i do not find the need yet.