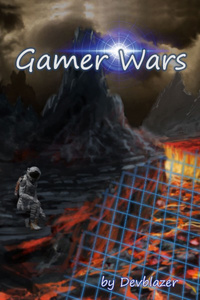 Andy has little to live for and even less fucks to give.  When at the end of his rope, a stranger offers him a deal to enter a competition with life and deaths stakes in a series of games against other gamers, he doesn't hesitate to accept.  After all the prize for winning is enough to turn everything around for him.

The first game played is a hardcore engineering focused space survival.  So stay away, if that's not your sort of thing. 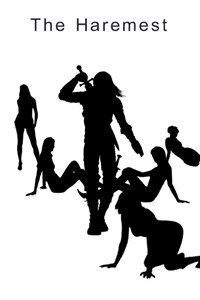 Aaron manages to get himself killed by an absurd set of circumstances, and after being transported to a fantasy world by an equally absurd process, he finds himself naked and alone in a fantasy world, with the most absurd class of all.

All jokes aside, his continued survival in this relatively dark and unforgiving world is going to clearly depend on him pushing and levelling his new class: 'Haremest'.

Whatever it takes to accomplish that.

I write dark shit.  I love tormenting my characters and throwing them into difficult situations.  I like forcing them to explore shit (alot of it on the darker side) about themselves and the world around them.

I also like mixing different story genres, which is why this story starts out sounding like a comedy, even when comedic or parody elements will be a light touch for the most part.

Keep this all in mind before picking up this story, if I had to try to describe it, it would be a harem / action / drama / dark / romance / smut / tragedy / parody or something like that.

And final warning, like I said, I write dark shit.  If you can't handle your favourite characters or waifu's suffering or dying, or some scenes that go far enough to cause the comments section to debate whether it counts as NTR or not, then maybe don't read this. 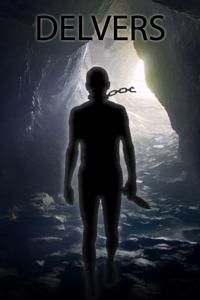 The land of adventure and dungeons.  Of heroic and epic tales and journeys.  The world of delvers.

Or at least that's how it gets sold by the select few who are able to obtain such glory.

But this is a cruel, unforgiving and dark world.

While there will be plenty of borderline cliche heroics from our MC and friends, bear in mind that this is still a crappy and f***ed up world.

If you do not apprecieate the characters you've grown attatched to being eaten by the denizens of the dungeons or the equally malevoulant mankind above, then i suggest perhaps continue scrolling down the list of novels and give this a pass.

There is an innate leveling system in a sense and a handful of innate skills that can be obtained, but beyond that there is not much to do with any form of game features.  Certainly no bluescreens for this one. 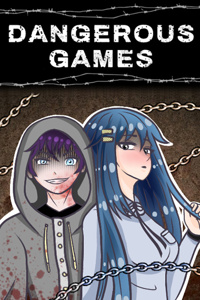 These were the innocuous words their teacher left them with.  But little did the classroom of 3A know, there was a whole lot more at stake in this game than a little embarrassment.

Now begins a desperate fight for their very survival.

Hi all, this was originally intended to be a script for a comic that I am collaborating on with an artist: @wobbling_wobbles

However the comic is nowhere near ready yet (it’s a lot of work) and I thought it might also be interesting to release it in a novel format as well (got permission from the artist).  That being said, when we do finally start putting out chapters for the comic I will link it here as well.

Please note, this novel contains a lot of dark shit and falls squarely in the brackets of ‘sensationalism’, having been designed for comic.  So don’t expect too much from things like intricate plot, world building or character depth.

Lastly some things that show up in the novel may end up being changed in the comic or at the very least, ‘majorly toned down’. 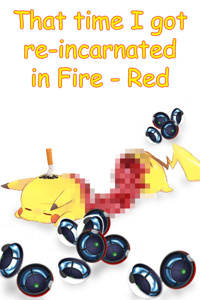 - Some comedy, light, dark or otherwise whatever I feel like.
- Some interesting twists in the story as I personally play through the game for reference IRL :)
- Blue screens... maybe for the MC, definately not for you guys though :p
- I don't think there will be all that much in the way of romance, the MC is in the body of a 10 year old.
- Also, there won't really be any disturbing shit dispite what the cover might suggest.
- The MC is not overtly bad or a psycho or anything, but is a bit 'care-free'
- Honestly I just wanted to write something randomly for some stress relief!

I do know that the ability to do magic is frikkin amazing!

I also know that surviving matters way more to me at the moment.  Crude magic can only do so much.  Sleeping, eating, drinking, oh- and not getting eaten are kind of at the top of my list at the moment! 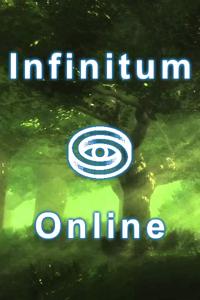 With the next generation in 'Incepted Reality' hardware, the recently launched 'Deep dive', is finally getting the promised RPG title 'Infinitum online', that will make full use of the hardwares capabilities for the first time.  The gaming scene is abuzz with excitement.

Enter one programmer and avid gamer, Clay, our protagonist (mostly).  One of the many that will experience the world-wide launch of the game.  But all is not as it seems and s**t is about to go south very quickly.

- Fantasy world with very little in the way of magic. 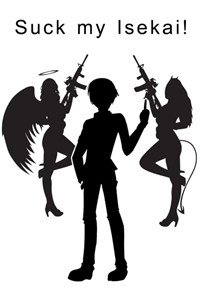 No seriously guys!  If you can't handle a story about a psycopath, written by a psycopath, for psycopaths, then go read something else!

Likewise, if you can't handle rape, abuse, murder and all manner of evil for shits and giggles, go read something else! 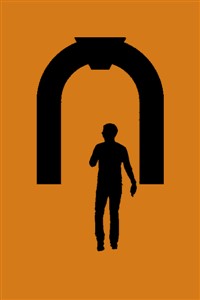 An archway that appeared out of nowhere in the middle of my bedroom.

A portal to a twilight zone-like place that makes no sense at all.  And the potential for real power and resources to be found and exploited in this world.

At this rate I, Adrian Walker a dedicated and if not ‘mildly’ psychotic geek, might just end up ruling the pathetic and annoying human race after all.  That’s if I can survive the world beyond the Arch long enough and manage to unlock its secrets. 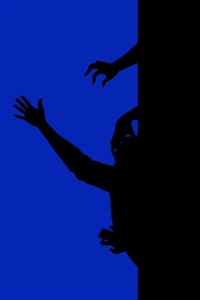 Into the dark
HIATUS
10 pages

Terrance wakes up one afternoon from yet another night of avid gaming, but the only thing that illuminates his thirteenth floor single bedroom apartment is the faint glow of his open laptops screensaver.

There is no light, despite the curtains being drawn open and it being 1pm in the afternoon, according to the laptops clock.  The sun is gone, there is only an eternal expanse of blackness as he stares out the window. The world has gone dark, pitch black, like it isn’t even there anymore.

Food, water, warmth, human companionship and most of all, light.  Will he be able to find all these things he needs to survive, and most importantly will he be able to stand against the things lurking around in the dark. 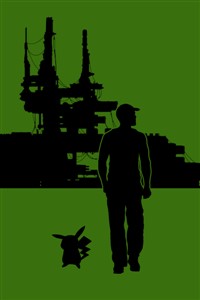 The truth is a hard pill to swallow, but things never stay the same.  The world changes.

Time stands still for no one.  The world moves on, progress they call it.  I don’t know about that though, seems more like we’ve gone backwards than anything.

Now I just do the only thing I can, try to get by and keep my head down.  But sometimes regret still wells up in my heart when I think of a certain yellow electric mouse.  Sorry little buddy, I know I failed you. 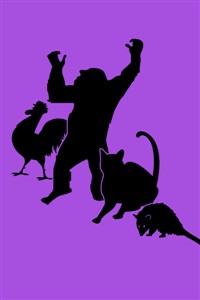 Through a cruel twist of fate, we four, the legendary conquerors of Eidelon now find ourselves banished to a foreign world.  This brave new world is a fearsome place, of tall buildings built by the gods themselves, magic doors that open on their own and powerful metal beasts that patrol the streets.

We will not back down.  We will stare fate in the eyes.

We will once again rise to the top and conquer this world!

Just as soon as we can get out of the animal bodies that we’ve been imprisoned in.

The unlikely tale of a warrior chicken, a narcissistic monkey, an eccentric cat and a charismatic possum.  This is their tale of glory, for they are conquerors!