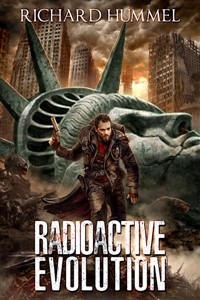 How far would you go to change humanity's fate?

Jared Cartwright has spent the last two years delving into the twisted, scarred wastelands of an earth ravaged by nuclear war. The rich and powerful have taken to the oceans and skies on floating utopias, escaping destruction and leaving the rest of humanity to fend off the mutated creatures that roam the earth.

To face his new reality, Jared must become an apex predator if he hopes to survive. He must unlock his true potential to confront those that left mankind to die. With deadly adversaries above and below, Jared must evolve beyond mere human limitations to defeat the powerful rulers of the cities and the rabid beasts lurking in the shadows.

Jared's quest takes a new turn when he discovers dragons are real. 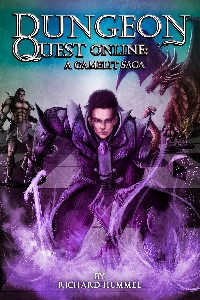 Tristen Alexander is a GameMaster and Techno-Genius that sets his sights on creating technology to bring players into a fully immersive game world. A game modeled after Dungeon Quest, an epic fantasy board-game he and his friends played religiously through childhood.

Can he create the technology to achieve this feat?

Will his pursuit of a self-aware Artificial Intelligence culminate in the evolution of a sentient digital life form to create his game world?

Ultimately, can he really bring his favorite pastime to life and truly experience the life of his character?

Follow along with Tristen as he sets out on a journey capable of changing the world!