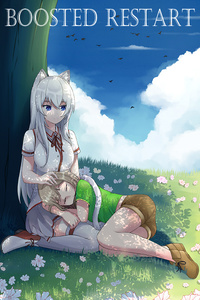 Sophia wasn’t happy with her life after having made some wrong decisions. Introverted and shy to the point it even hindered her from having basic interactions, she felt lonely from being unable to talk with women at all, the only gender she’s interested in.

The girl wanted to better herself, but Sophia couldn’t do so without help after all this time. This changed when she got into an accident that led to the end of the life she hated so much.

Someone calling himself an ‘overseer of worlds’ decided to save her from certain death. He gave her a second chance in a different world where even magic exists. He also ‘blessed’ her with many so-called boosts to make her life easier. Sophia took this chance and asked him to become more outgoing, confident, and the likes.

The overseer didn’t stop there, though. He boosted every emotion and personality trait, whether positive or negative. Her physical stats were no exception, either. To make things worse, those boosts also weren’t overly reliable. They occasionally overcompensated or even failed.

Sophia worked hard to deal with her new and complicated situation while doing her best in the new world. Exploring places, learning magic, finally finding friends, and possibly more while having a slow and easygoing life overflowing with fluff.

Unfortunately, she learned magic from a highly overpowered, easygoing, and somewhat unreliable teacher who became the girl’s first friend. This not only destroyed the last bit of her common sense, but Sophia’s application of magic became rather sloppy, causing one weird incident after another.

She met many new friends and had an easygoing life filled with fluff 96% of the time. Still, her vast powers and the lack of common sense, combined with her being beyond carefree while rarely thinking about the consequences of her actions, made her life anything but slow.

Most of the time, this story is the embodiment of FLUFF (after the clunky and weird start of the story, sorry about that...).

Still, it can get a little suggestive without beating around the bush at times. Nothing NSFW, but the girls can be a little thirsty at time and feel like having a nice chat over some details of their sex life.

Tags used elsewhere (Because RR really could use some more of them...): 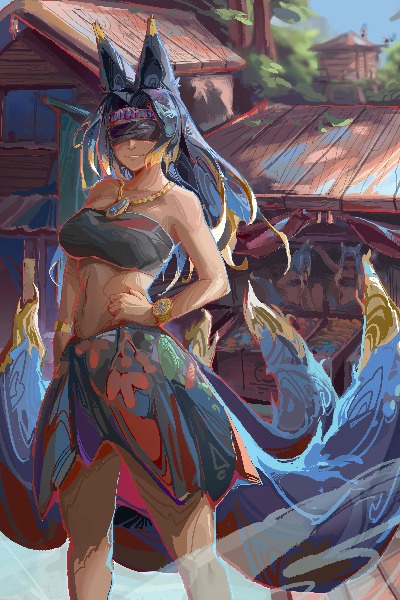 The Reincarnation of (...)
by Comiak
ONGOING
2k pages

After being reincarnated as a busty fox-like race in a fantasy world filled with magic and mysteries Alysara finds herself blinded after reaching too far for something she should not have. Now she must train her ability to sense the mana around her and discover what mana and magic really is to see.

IMPORTANT: Chapters are currently being updated now that I have improved as a writer if you see a drop in quality or change that does follow earlier chapters it is because they might not have been updated yet.