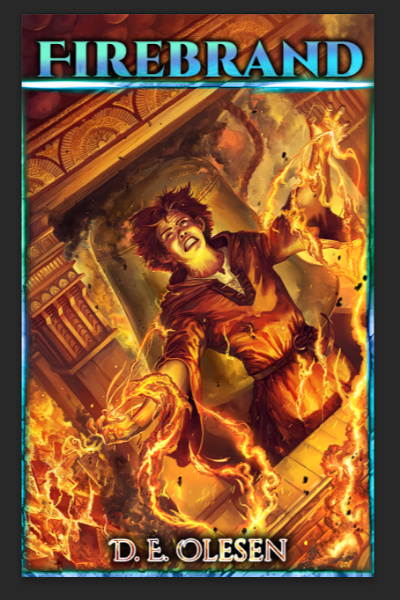 The tale of Martel the mage, from his humble beginnings as a hapless novice at a magic school. Slow, character-focused and light-hearted progression fantasy. Updates Monday through Friday.

All The Skills - A Deckbuilding (...)
by HonourRae
ONGOING
544 pages 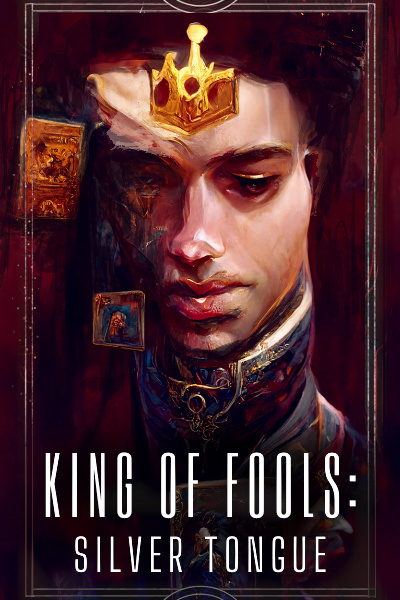 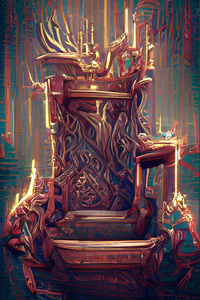 Eldest: Awakening After (...)
by The Great Clown Pagliacci
HIATUS
112 pages

The world's mana is deeply corrupted.

The archmages who held the balance have met their end.

And in a lonely, forgotten dungeon, a simple beast receives a Title - for being the eldest creature left alive.

The title comes with sapience, the knowledge of a thinking creature. It comes with a desire to learn and grow that can only be met by venturing into the world beyond. And so Grae Mangefur sets out on his adventure, seeking the reason why.

Why the world ended.

Why magic has gone wrong.

Why the Elder Powers are dead. 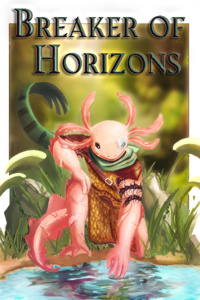 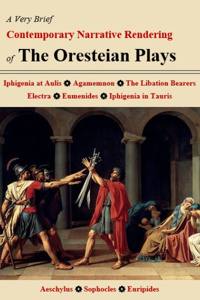 All three of the great Greek Tragedians have written plays about the bloody chain of murder and revenge within the royal family of Argos. Yet theirs is in fact not a story of tragedy, but rather one of redemption. As they move from darkness to light, from rage to self-governance, from primitive ritual to civilized institution, their spirit of struggle and regeneration becomes an everlasting song of celebration to be heard throughout the ages. Forming a discourse set against the emergence of Athenian democracy out of a period of chaos and destruction, the Orestian plays are compelling stories of the tensions between our obligations to our families and the laws that bind us together as a society.

In the beginning, we witness how a king’s decision to sacrifice his daughter and turn the tide of war inflicts lasting damage on his family, culminating in a terrible act of retribution. In the aftermath of regicide, we behold how a son must set out to avenge his father’s death by committing a most egregious sin. In the end, the sinner is tormented by supernatural powers that can never be appeased, but ultimately finds redemption and ends the curse on his house once and for all. Woven through all of this is the story of a friendship so close that it elevates itself to brotherhood - Where the blood of the covenant is shown to be indeed thicker than the water of the womb.

In this very brief twelve-chapter modern rendition of the Orestian plays, I have chosen to place my focus mainly on the lives of the characters Orestes and his best friend Pylades. The chapters, each around 2000-2500 words, are split up evenly between them in first-person narrative. I hope that you will come to enjoy reading this heartwarming story, but more importantly, that you see how the conflicts portrayed in the story, whether human or institutional, are still much very relevant to our societies today.

Note on Sources: The details of this story is very loosely based on The Oresteia by Aeschylus. And I mean very loosely. Other sources that I referenced for detail and inspiration are Mythology by Edith Hamilton, Electra by Sophocles, and Iphigenia in Tauris by Euripides. You may also find that I have quoted some of these works, and others (such as Shelley's Ozymondaeus), without citations (average of 1-2 such quotes per chapter). I did this because I do not have the ability to describe certain scenes nearly as well as some of those writers. If you read a particularly beautiful piece of prose here, chances are it's probably stolen lol.

Also, I wrote this during the summer between my high school senior year and my college freshmen year. It was the summer of 2020, and being quarantined apparently gets my creative side out lol. 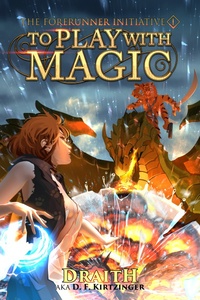 To Play With Magic
by Draith
ONGOING
1.5k pages

My name is Alexis Everette. I'm the only daughter of Earth's greatest hero. My dad is a normal man, but he's still my greatest hero.

While he may be normal, I can bend the elements to my whim and have power over space and time.

Of course, that's who I am at the end of the story. There's a lot I have to go through to get there.

And even with all the power I gain...

The world ends on a Tuesday.

This is currently a completed story arc, though it's not the end. New updates are starting March 28, 2022. Actively updating. Mostly on Mondays/Thursdays. WARNING: FLAWED MC and not great early writing. Edits are on the list.

*LitRPG-Isekai start with a return to Earth to stop the System apocalypse goal.

Still a first draft, but with a bunch of edits from you guys thrown in. Thanks for that.

Guaranteed updates on Monday and Thursday.

This story is only available on RoyalRoad and my Patreon. If you find it anywhere else, please reach out to me. Thank you.

"Hi, my name is Alexis," I say into the camera, as I attempt to calm my nerves.

"And I'm Sab," I hear my best friend add from beside me. It's good to have her there, it's been far too long.

"I'm trying to focus," I tell Sab as I look into the camera. Will anyone even watch this?

"What, just cause I didn't get sent to another world, where magic and dragons are real, I don't get to be a part of this?" she questions me. I can hear the hurt in her voice. I wish she'd been there. Things might have been... different. I can't believe I thought it was a game. If it had been, she'd have been the better choice.

"I said I was sorry. It's not like I knew I was going to be kidnapped by the system," I lamely apologize. She deserves more, but this is important.

"Coming soon, to an earth near you," she might be making light, but I can hear the fear in her voice.

"It's not funny Sab. It really is coming," I can't help but reply to her words, even though I know she didn't mean it.

"Come on Lexi, it's a little funny." she tries while chuckling nervously.

"Sigh. Look, can we just get back to telling them?" I ask, pointing at the laptop.

"Sure, but first you should show them some magic," Sab declares while waving her arms around.

"I told you. It's not that simple. I only showed you because you could tell it wasn't fake. They'd just think it was special effects," or come after me to try to lock me in a basement.

"Yeah, well they're not going to believe you anyway. It sounds pretty crazy, even to me. And I've seen what you can do," she proclaims. I didn't think it was that special, but she was super impressed by my magical abilities.

"Maybe, but I have to try. We don't have much time," I state as I stop the recording, before starting a new one.

"Hello, my name is Alexis," I pronounce, projecting as much confidence as I can at the little camera.

"Remember, the world ends on a Tuesday." 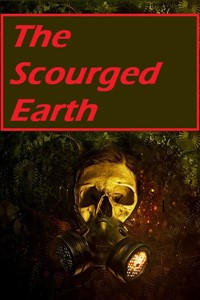