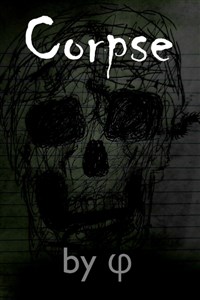 AN: This is on indefinite hiatus/cancelled due to lack of time and motivation.  I like the premise and might eventual continue it, but don't hold your breath. Sorry.

This is my attempt to write a LitRPG, yay blue tables?

AN: This is on indefinite hiatus/cancelled due to lack of time and motivation.  I like the premise and might eventual continue it, but don't hold your breath. Sorry.

"She was tall and lean, with an intricate pattern of scars upon her chest.  Runes, like veins, covered her arms.  There must have been thousands of them, pulsing, filled with magic instead of blood."

Anael ru'Vorgin had learned many things by the time she turned 19.  She had learned blacksmithing and a bit of weaponsmithing under the tutelage of her father Vorgin ru'Harkovir.  She had learned basic alchemy, and where to find the necessary ingredients for it, from the town healer.  She had become quite adept at hunting, initially by attempting to emulate her older brother Harvin, and later by practicing it while searching for herbs and such.  Yes, Anael has learned many things, but the knowledge she treasures most, despite it's deficit when compared to her other skills, is her knowledge of magic.  She may know less than would be expected of a first year student at the Academy of Sigilry and Elements in the capital city of Balriet, but when her home is attacked and she lies on the cold ground with her blood seeping through her clothes, it is not her knowledge of how to hammer steel which might save her.

Author's Note:  I don't have anything particularly gruesome or horrifying, as I see it, in here, but I decided to check the content warning boxes since people's values vary, and there will be a focus on Anael learning more about magic, which will sometimes (maybe often) involve her carving, burning, or tattooing runes and sigils into her skin.  I don't go for gore, etc. for shock value, but I don't really pull my punches either.  I didn't check sexual content, because I have no plans for that, but I also don't promise it won't ever be added, so if that's an issue for you then definitely recheck the tags before reading a new chapter, in case I change my mind once the story gets off its feet.