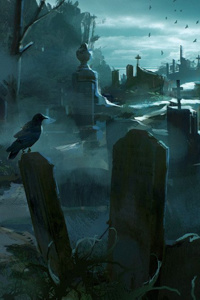 The Remnants of a Dead Story
HIATUS
0 pages

Here lies the dead remains of what was once a great tale. 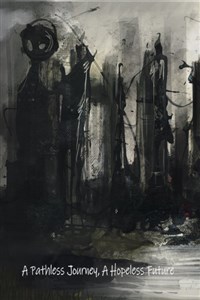 I'm running out of things to write in this fucking journal. Same shit happens everday here, we get up in the morning, train all day long and go to sleep. Its gotten even worse since Maxville stopped radioing in. Felix is working us to the fucking bone for no reason. I get that we have to be prepared for anything, but fuck this. I'm level 41. No one here is even level 30. If he really wanted us to get stronger we'd be out there fighting those fucks instead of hiding in this fort all day. Half the people here have never even seen the Rakeil. Felix defintely won't listen to any kind of reason though. Fuck probably thinks sticking his head in his ass will make all our problems go away.

Shits gonna hit the fan real soon. If only I could convince Sunny to leave with me.

The Unbridled series is a collection of stories written by ManeReader that feature LitRPG elements. They are not connected to each other in any other way unless otherwise stated. 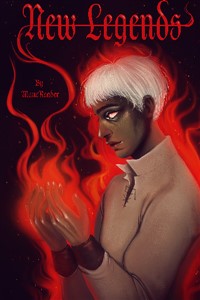 In the world of Ethel, sahir dominated. Towns, cities, regions, whole countries were engineered for the single purpose of producing malsirs. Their ability to wield sahir was paramount. Those who could wield it the best accomplished unimaginable feats. They shook the mountains, they froze the seas, they stilled the winds. They were legendary.

Today however, those feats are mere myths. Malsirs no longer command the same strength. Sahir, as a result, was steadily losing its luster, losing the limelight. A new age, an age of industry, was on the horizon and it threatened to revolutionize the world. Sadly, there were many who would never see the benefits of this new age. Caught in between the new and the old, fitting into neither, they were cast aside. Left to wither and die, they begin a revolution of their own.

Enter Kain Basileus, a boy who finds himself caught in the midst of these turbulent times. Ripped from the shadows he found comfort and thrust into the light, what story will he write?

Updates Every Tuesday And Friday W/ Potential For More.

This is a soft plot spolier

'The Eyes' in the grand scheme of things is very much a prelude.

This is my first time actually putting words to the ideas I've always had swirling in my head. As such, I can only assume its terrible. Hopefully by the time I've finished writing the first major arc I'll actually know how to do this whole writing thing.