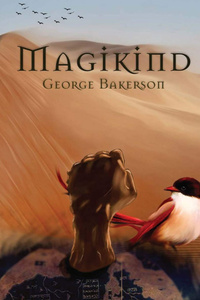 Disclaimer: This is a low-fantasy, soft-sci-fi genre. In fact, it's a variety of genres, so don't be too put off by the tags

Through several centuries of selective breeding, these beings, known as mages, have become part of the very foundations of society. However, some humans refused to change or adapt along with them. They believed in purity and refused to interbreed with magikind. Known as the manush, they were a rarity among society.

Now, in the fifth millennia, the manush are thought to be extinct. With magikind ruling the world, a three-way war grips society between Eurasia, Afro-Australian Alliance and The Americas. In these uncertain times, a manush called Gin enters the Eurasian army. From there, our journey unfolds.

A story of how mankind could realistically evolve while still pushing boundaries.

PS. I am also posting here: Creative Novels so don't worry, I'm not being stolen from.

PSS. Join the discord server for updates on the novel: Link to Server

Note: This is a rewrite of this: Magikind [Original] and a good number of people have read what I've done so far beforehand (patreon, beta readers etc, not to mentions old fans of the original etc. I've written 35 chapters so far for this rewrite), so don't be alarmed by any early reviews or ratings. 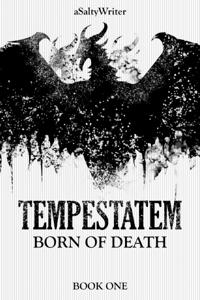 When Gale Storm is murdered, death brings with it an unexpected ticket to the fantastical world of Mioverold - a place rife with dangerous creatures and political conflict. While the adversaries may be driven by common goals, they have vastly different approaches. Faced with these uniquely powerful combatants, and no chance to return to life as he knows it, Gale must decide what to do next. Choosing a side to spend his afterlife with isn't going to be easy, since war is just as much about perspectives as it is about the absolutes of right or wrong. 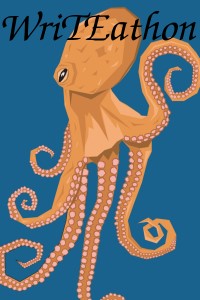 A collection of short, disconnected short stories with the occasional crossover or collab brought to you by the members of WriTE (with the occasional guest writer). A new story for your enjoyment, every six hours with a variety of genres and styles.

No other tags/genres will be used on the fiction page other than "Short Story" and any applying mature tags. Please read the top author note of each chapter to know the respective genres and tags. 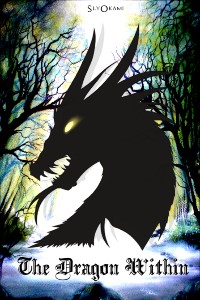 {The Dragon Within} (Completed) (...)
by SlyOkami
COMPLETED
1.1k pages

Meeting his fate at the hands of seven great heroes, the wicked drake now stands in Death's hall. Met with the Grim Reaper itself.

Defeated and its pride broken, the drake doesn’t beg or grovel, it simply awaits judgement. It waits for the God of the afterlife to send it on its way, to either the heights of bliss and peace or where it knew it would be sent. The depths of agony and torture, the halls of Tartarus, the father of monsters.

Grim looked up from its oaken desk and down at the creature that would have otherwise, if grown wiser and older,  matched the reaper itself in power. Its faceless guise, hidden by a black hood and whirling shadows, it briefly stared at the drake.

“You are unfit for the sky yet also too fit for the abyss,” Grim spoke, its voice a cracking whisper.

“Your time came too soon, the actions you have taken will lead your world to ruin…Be reborn, pitiful serpent. Yet remember what you have done, see what your actions have made that realm into. Let me show you, how your greed and gluttony have warped such a wonderful place and time.”

Grim raised its black-feathered pen towards the beast “Be reborn, as the weak pitiful creature you should have been born as. Take this both as a punishment and…a learning experience. For failure, can be the best teacher.”

The drake took a step back, hoping to escape this cruel fate. Yet none escaped Death, less so its embodiment. Screaming shadows engulfed his form, ripping away at his body and shape. Fangs of darkness sinking deep into his draconic flesh, warping it, changing him into something else…

Opening his eyes, the wicked drake felt none of its power, none of its magic and none of its might. As it stood at the edge of a cliff, looking down upon a ruined valley of rot and miasma. It glanced down at itself, seeing none of its sturdy scales or sharp claws.

The drake had been reborn...

Will also be posting on CreativeNovels found here; CrN

Where chapters will be posted earlier than RRL. 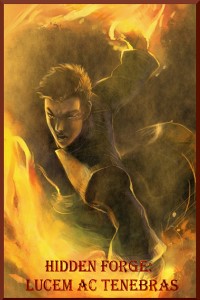 The third millennia, a time of change and evolution. An era, where people, through countless generations, have evolved strange powers and abilities.

Through several centuries of selective breeding, these beings, known as mages, have become part of the very foundations of society. However, some refused to change or adapt. They believed in purity and refused to interbreed with magikind. Known as the manush, they were a rarity among society.

Now, in the fifth millennia, the manush are thought extinct. With magikind ruling the world, a three-way war grips society. In these uncertain times, a manush called Gin, will herald a new era for all Magikind.

A story of how man could realistically evolve while still pushing boundaries.

Disclaimer: Chapters will be edited once the first volume is done. Bear the beginning for the time being, and hopefully you can see my writing improving over time (I've learnt a lot on how to write because of this (though I'm still not perfect :P))

Proud Member of Writers to the End, WriTE

The link to the pledged fictions

PS. If you find the 'notes' too boring or too info-dumpy, feel free to skip them and just read the main chapters. They're there for the reader to understand Gin's world (written in the perspective of Gin). But later on, we can see some interactions between the main characters and the occasional references to his past  in the notes, so it has its purpose.