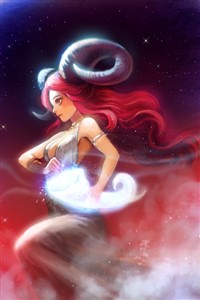 This fiction is going to undergo severe Editing and a Rewrite over next few months. Here is what it hopes to accomplish:

1) Fix the glaring issues from Style in every chapter 1-31 (Dialogues, POV switches and Head-hopping too much)

3) Remove the info dumps and make it more organic

4) Finalize the genres that this fiction belongs to

5) Create warning in the synopsis relating to the contents of the fiction.

6) Overhaul and show what Mira's view on Alviona is (slowly)

8) Show chapters the way they were intended, as clues apparently were not visible at all!

Hi. I have been gone for quite a long while. With heart surgery and such that has happened two months ago, I had not had a chance to log on RR due to being hospitalized. I had some other issues that the admins were kind enough to deal with on this fiction. It's good to see everything in one piece.

The synopsis has been removed. Chapter 1 should be coming out sometimes before christmas. A lot has changed. I hope for the better. Instead of edits, I have re-read every single chapter and found it to be unsatisfying. A lot did not make sense and unless you have previously speculated what Alviona is, many things she does won't fall into pieces. Well then, time to address all of this.

Ladies and gentlelmen, this fiction is undergoing a full scale re-write. While the characters and developments stay the same, it's being done differently. So much that the world should feel darker as it should have been.

For those who have stuck around and know the story: Awesome. I worked hard  on this, and hope that you will like my re-write.

For thos that are new: Welcome. Give me some time, as I am super sluggish. I don't know much time is some time, but I gurantee chapter 1 will be up before Christmas.

This said, again, thank you and know that I am back. And that this fiction will be completed. AT ANY COST. I will update synopsis after I post chapter 1.

I might post Alviona (revised, as this current one is far too.... simplified, watered down, and dissapointing version of it) seperately. Those that want this, here. But I don't want to add chapter 40. It won't make sense without the backup and world-building of re-write. It will piss myself off.

*This beautiful piece of art is provided by Charee from DeviantArt*