Part of a larger story.

Hard to make an objective review of the story since it's only a piece of a larger narative. But what I saw was pleasing to the eye. Nice style, good grammar and nothing serious to complain about. 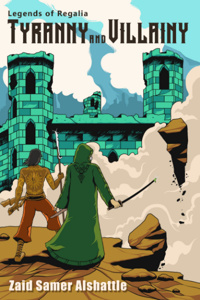 The story is set in a world that feels like a mix of eastern and western fantasy,borrowing elements from both making the world feel familiar but they have enough of a twist to them that they don't  feel cliche.The characters  for most are with distinct personalities at it's fun to watch them interact,.There were some problems with pacing and amount of detail near the begging of the story,but by the end of the first arc those were not an issue anymore.A few grammar mistake here and there but those also reduced as the story continued.Excited to see more!