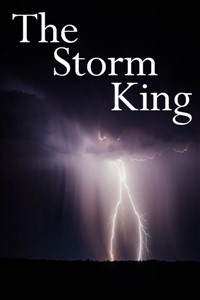 I've pretty much binge read this over the past week.

It was off to a great start, it's an interesting world and it's got some elements of chinese xianxia novels in it, while excluding boring tropes common in them.

After the great start, the story really tanks for a while. The story takes place in an exciting world, full of fantastical creature such as wraiths, banshees, stone giants, naga, gryphons, and it's full of mystical plants and flora. But after about 50 chapters, there's an acadamy arc taking place for about 70 more chapters. Instead of exploring this interesting world, we spend almost half of the released chapters reading about playing war-games with children. And I mentioned earlier that the story clearly have some inspiration from chinese cultivation stories but have avoided many annoying tropes, sadly, the "jealous spoiled guy love rival" trope that's so overused is present during this arc aswell.

In my opinion, this arc should have been way shorter. I can see the need for it, to gain some knowledge and friends for the future. But it was way to long, should've kept it to maybe ~30 chapters rather than ~70. I don't think I'm the only one that feels that way, as the author wrote something about slipping in the ratings in an intro note of a chapter during this arc.

Good news is, after the academy arc is over, the story picks up again. I'm really excited to see where the story goes from here.

I would rate the first part a 4, the academy arc a 2 and the parts released after the academy is about a 4 aswell, putting the overall rating at a 3 for me.

Starts out great! But..

This novel has as of the date of this review released 2 arcs. The first arc is great, it's a fantasy/romance harem without the annoying clichés of "young masters" plotting to steal the romantic interests, no arranged marriages with some douche, no noble family to convince etc. I found the first arc to be a pleasant read, the action is allright, and the MC is not too OP. Yeah, a pleasant read is the best way to describe it. I'd give the first arc 4/5, borderline 5/5.

The we have the second arc. If you like romance, I'd recommend that you drop this after the first arc. There are two new heroines. One is the, in my opinion, hands down most interesting heroine so far. They are set up nicely to get together, and then... she suddenly falls in love with a background character that's only been there for some otaku comedy relief prior. Almost all romance in the second arc involving the MC consists of him getting hit on in his genderbent form by the antagonist, and some mentions that he is, in fact, banging his harem from the first arc. He also get some romance from the second heroine introduced in this arc, crammed into one or two chapters. Enough of the dissapointment of the romance in the second arc. How does the rest of it hold up? Even worse than the romance. Way to many PoV shifts that doesn't really add to anything, a boring standard demon lord that wants to destroy everything antagonist, and the fact that from being slow paced almost slice of life for about 60 chapters, suddenly the last battle just happens pretty much out of nowhere for the last 10-15 chapters. It felt like the author just realized that he had to end the arc and just crammed in everything in the end. The only enjoyable thing in arc 2 is the MC's personality really.

Arc 2 gets a 2/5 borderline 1/5 which gives the novel an overall of 2.5/5. I really hope that arc 3 can get this story back on tracks when it's released, because I really did enjoy the first arc!