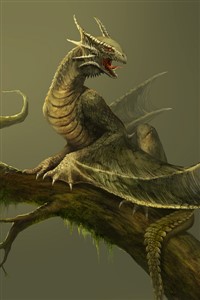 The Immortal, the King of Monsters, Kingdom’s End, that's what they call me now... but before... before I had any form of strength... before I could even be called sentient. I was just a little lizard,

A lost little lizard… In a big big world...

In the world of Termarant where gods and monsters are commonplace, a world in which an all knowing all powerful System is a limiter of all forms of life. A simple little lizard is born, having above average intelligence (at least for a lizard of his world). Then, starting life by watching all his siblings get eaten by a monstrous wolf-ish demon, the little lizard runs in fear stumbling into the darkness of the deeper depths of a cave. Now with the simple goal of surviving and becoming something that won’t have fear anyone. But what will come of the little lizard on his journey to grandeur?

Who will he meet?

Will they be friends or foes?

What will he become at the end of his journey?