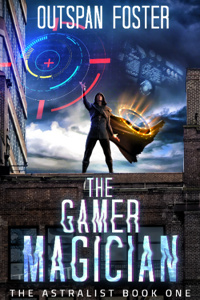 Synopsis: When he fails to become an apprentice for the Mages Union, Nico Kanazawa must push the limits of his magical abilities. But can he establish a place of power before the magical forces of the city devour him?

Outspan Foster is the author of staples in the GameLit+LitRPG genres such as First Song and The Crafter. He started his career on royal road, and is now a small, full-time author. 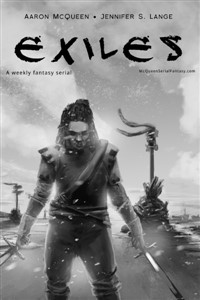 What was once served as a prison for civilization’s worst criminals has become a dumping ground for political outcasts, refugees, and the undesirables of society. There is no escape. For those who are exiled there is only the cold at the top of the world, the wilderness, and the doom of the long night.

But there is fire under the snow. Shadows loom over the clouds. Old evils have begun to wake, and it is in this land of lawlessness that the rejects of the mortal races will find their one and only chance to survive. They may not trust each other, but if they want to get out of this mess, they’re going to have to work together.

And if they’re very, very lucky, they might just save the world. 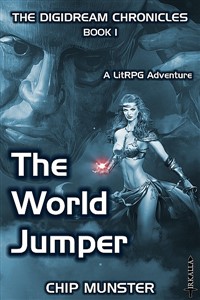 The World Jumper, the first volume in the saga, is now out on Amazon! What you'll find there is the improved, edited and expanded version, so please check it out if you're so inclined. And stay tuned for new chapters of what will become volume two!

Right after quitting her job at Digidream, the company where the most innovative virtual reality universe is being made, Sarah will be forced to enter the game to save her boyfriend. Once inside, she will find herself in a world that changes and evolves constantly, according to the whims of the mysterious Game Master.

Sarah will have to keep moving and fighting to improve and gain the abilities that will let her win and get out, picking some friends along the way. Everything seems to be stacked against her as she progresses through the different realms, but she will soon discover that there are other enigmatic entities that might not be in line with the rules set by the Game Master.

Will Sarah be able to win and rescue her boyfriend, or will she fail and get trapped forever inside the virtual nightmare? 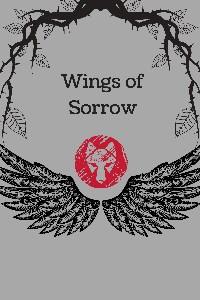 Tension permeates the city of Bleakridge as forces within its walls struggle for supremacy. Grim Thorne, the disinherited son of the Earl, is a fly caught in the web of power struggles between these forces. When Grim closes his eyes, he can still see the bodies piled high from the first day of occupation. The day he was branded a bastard in the southern fashion. The day his father let them.

Soldiers from the south bearing green cloaks and royal seals maintain order in the streets of Bleakridge, ensuring that the lifeblood of commerce continues to flow through the port city.

In the slums beyond the outer wall, the Sons of the Reaper lurk. Some call them heroes, others villains. But all fear them for their relentless devotion to the old ways and the freedom that entails.

In the castle above the city, resides the Earl of Bleakridge. The man who bent the knee and saved the lives of his people, if not their souls.

After twenty years of occupation, the tension is coming to a head and Grim has to choose. Sympathetic to the Sons, duty bound to his father, and forced into service to the king. He must rise above the brand on his neck and decide where his true loyalties lie.

But, after so long, it can be hard to tell who is deserving of loyalty. The King’s men who enforce order with a blood-soaked iron fist? The Sons who more resemble terrorists and crime lords than revolutionaries? Or the father who watches the bloodshed and does nothing? In the end, it is always the place of the young to bear the sins of the old.