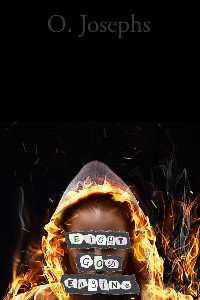 At sixteen, she escaped the mystic cult that raised her, stealing a million dollars on her way out. She's been on the move ever since.

Staying quiet is the only strategy that works against monks who enslave dead gods to keep a lid on the supernatural world.

Until the monks find her, a mass murderer begins stalking her, and she's forced to stand in the path of a Divine Force of Destruction.

All within the course of a week.
...might be time for a new strategy.
An Urban Fantasy Set In A Unique Universe
Eight God Engine
View Page