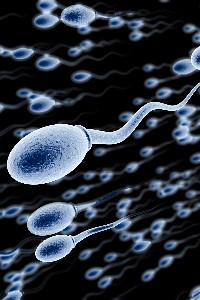 Jack's life is turned upsidedown when he finds out that his adoptive mother secretly used his sperm for all the patients who came to her fertility clinic, instead of anonymous donors and the patients' husbands.  Now his mother has died of cancer and at her funeral, a lawyer appears and tells him that he now has 200,000 biological offspring, many of whom have now reached adulthood and are anxious to meet him... What can stand in the way of the army of his children all eager to know the truth!

Many films and stories have used the plot device of sperm donation and sperm donation fraud before - Starbuck, Delivery Man, Seeds of Deception and The Switch are just a few.  Just because this story also uses this very common trope does not make it a fanfiction, anymore than a story about vampires is automatically a Twilight or Anne Rice fanfiction.