The Shard Wars: Flickers in a forest
ONGOING
6 pages

A Shard. Your own personal dimension to care for. A sliver of reality independent from all just for you. It could be anything there were those so created weaponory never seen before with futuristic cities and technology, there were those who created sprawling kingdoms with ancient forest and sprawling mountains., there were those who build single cities rather than worldwide civilizations and elevated their people with magic and technology equally interwoven between them. A shard could be anything you could imagine and Tye was finally old enough to get his own. He couldn't wait he would create the most beautiful realm anyone had ever seen. His people would be the strongest, the most intellegent he would raise them above all others. But first he had to get them there. Every shard started empty with only it's base template but it didn't matter all Tye needed was time and he would get there. But first he had to prove himself above his other classmates at the elite instution Axcercem and he would all he needed was time...

Tye Johnson was a normal guy. A normal who found an alien machine, got powers which included getting his fear removed and gaining the ability to raise his state of existence whatever that meant and now was living in the apocalypse. He has to not only survive but thrive which seemed impossible. Well at least he isn't bored.

Inspired By The Scourged Earth check it out it's awesome.

The Aesthetica of Slumber
HIATUS
7 pages

The gods are bored and decide to band their pantheons to create a way to get new followers and worshipers. However due to unforseen fights between certain gods new gods have been created and even gods based of human worship creating many differing branches of gods. Tye is a hopeless slacker in the best school in the nation however due to his life he is tough and knows how to fight he becomes determined to show everyone the Aesthetica of Slumber 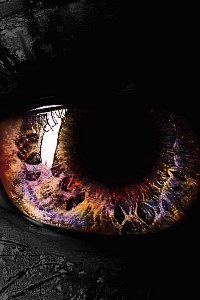 Those Who Rise
HIATUS
16 pages

Tye is a goblin born in the arena as a gladiator. However upon realizing that the goblin gladiators are nothing more than fodder he finds a large goblin among his kind and uses his intellect to make a plan for them to rise to the top. He then discovers a dark power and advances becoming the brains to the group Those Who Rise.

To Devour The World
HIATUS
0 pages

Tye is lazy, uninspired, and a genius who can't seem to resist the temptation of every other teen, his own spirit animal with it he gains fame and recognition unmatched except among the elites of his classmates. Except the loud trash Julio who needs to prove he is the best and decides the best way to do that is take down Tye who only wants sleep and gets a job where his secretary can do everything.

Julio is driven, dedicated, and hardworking he was sold into slavery young and when put into the cage he learned he could fight and he could fight well. Due to his talent he was adopted by the gang who runs the cage. He worked for everything in his life and hated that stuck up lazy Tye. He wanted to show him how to be the best regardless of how everyone thought otherwise.

Together they along with their squad they will show the world power comes in all shapes and sizes.