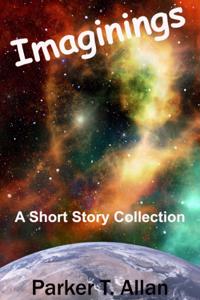 A collection of short but excellent stories

A collection of different short stories, most of them sci fi. The quality of the stories is far above most found on this site and they are engrossing.

The style is different in each story. Most have a third person narration but the Francis Trowel story had a first person one. Some have more humor while others are more dramatic. All of them though are exceptionally well written and are able to catch the reader's interest.

Stories range from time travel to secret agents to aliens. Most of them are sci fi. By far the best story though was a non sci fi one. Francis Trowel managed to combine a noir/detective story with just the right amount of humor and action. All of the stories have some kind of twist, and more than once I didn't see them coming.

Did not find any grammatical mistakes.

It is generally difficult to get readers invested in characters that last only one 'chapter', but the author manages to pull it off. Even though we don't spend all that many pages with the characters, we get to adequately know them and are invested in their stories, whether it is the time travel salesman, the middle aged office worker or a seemingly simple old lady.

By far my favorite character was Francis Trowel. Just the right amount of smarts and humor. I would love to see more stories with this character.

To put it simply, if you are looking for a collection of good short stories to read, look no further. My only complaint is that there aren't more stories.

A rather enjoyable story

(Disclaimer: This review was written as part of a review swap)

Overall Score: A rather enjoyable story with slow but interesting worldbuilding.

The story begins somewhat slow, as it more concerned with worldbuilding rather than immediate action. Slow doesn't mean bad, however, and the pace isn't to the detriment of the story. Rather, the slow worldbuilding allows the reader to learn more about the strange, new world the protagonist is in, such as with regards to their educational system, family lifestyle and how magic is utilized.

The MC is hard to sympathize with, but that is to be expected as he is an anti-hero. He is smart and sensible enough to hide his true identity. He is driven to become a powerful mage. He is also not annoying. As such, while the MC does come off as evil, he does not come off as irritating or badly written.

My favorite characters so far (up to chapter 9), have been his parents and his brother. I was especially fond of his father, who was written as rather sympathetic and supportive indivindual (though the MC doesn't like him).

The most glaring flow of the story is the grammar. While by no means unreadable, the text could use some editing. In later chapters, the grammar does get much better though and hopefully this improvement will continue. 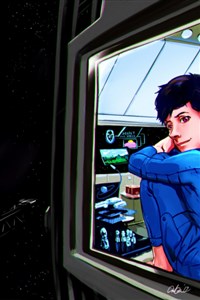 This review was done as part of a review swap.

The story is a sci-fi adventure that focuses on a teenage protagonist who trains as a Builder and in the process meets a lot of interesting characters. The style and story are pretty good and the side-characters are, as noted, interesting. The grammar is also good, despite a few typos. All in all this story can easily be recommended to anyone who likes to read sci-fi novels.

Style: I have to admit that at first I was a bit skeptical as I do not usually like first person but you managed to pull it off. You allow the reader to get inside the head of the MC and follow his trail of thought. The sentences are short but that isn't bad; it allows for faster reading. All in all, the narration is entertaining and we can get into the MC's head but at a few points the transition from first person to third can a bit abrupt (an example of this is in chapter 'G', at the end) but this is only a minor inconvenience and not much of a problem.

Story: The story is really good. The beginning is intriguing and the part with the pirates was pretty good, especially the action during his escape. The transition to the school was a bit abrupt but once in the school the MC meets many interesting characters (Dyne, his old friend, Grace, the Mentor, etch) that keep the reader interested in reading more. I also like the use of flashbacks, although the transition to the first one could have been a bit better; It took me some time before realizing I was reading a flashback. The transitions to the other flashbacks though were far better. The worldbuilding is also good and there aren't many info-dumbs. All in all the story is intriguing and keeps the readers' interest.

Grammar: The grammar is very good. Of course there are a few typos and a few cases where there is misuse of tenses but this isn't really a problem as the casual reader will not notice it. The style of writing (stream of consciousness) also excuses some of the word choices, as another reviewer too noted. Compared to a lot of other works of RRL, the grammar is pretty solid so you get a 4.5 from me.

Characters: The MC is certainly intriguing. He is ambitious, smart and more interested in his tech than in interacting much with other humans. I like his interactions with Grace; at first she is somewhat irritating the MC but later provides emotional support to him. Dyne is another interesting character that I want to see more of; he is friendly and frank. Lucy is mysterious and could develop into a very interesting character but as we do not know much of her (at least up to the chapter I've read) I cannot comment on her character. The mentor fits well into the classic role of wise teacher and Colby is a good character though he didn't really catch my interest as much as Dyne. So there is a cast of characters that are all engaging, developed and help further the narrative.

Overall: All in all I can say that this novel is one of the better ones at this site and will be a pleasant read for those who like sci-fi. There aren't many such stories in RRL unfortunately. The MC is smart and doesn't behave like an idiot, the side-characters are interesting, the plot intriguing and the style allows the reader to get into the mind of the MC and follow his thoughts. The grammar is solid aside from a few typos. As such it gets a 4.5 from me.