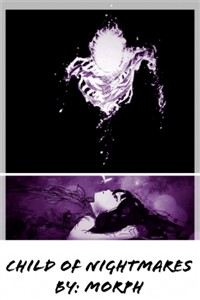 You can't master fear. You can only embrace it and hope you're strong enough to finish what you started before it destroys you.

Vi has always dreamed about being summoned to a fantasy world, where she can fulfill her dreams of heroism and adventure and escape her boring, depressing, real life.

But if there's one thing true about Vi, it's that her dreams are dark, terrible, and never what they seem. Since she was a child, she's been the victim of chronic nightmares that seem to defy all reason. Her mind is clouded by an almost sentient darkness, seeking her weaknesses and exploiting them for its malevolent ends. For ten years, the only thing standing between her and insanity has been her own iron will. But iron corrodes, and Vi knows she can't hold on much longer.

Now her dreams have come true. She finds herself in a world of magic, monsters, and legendary heroes. But Vi is no hero. She's a teenage nerd with no real skills, and surviving in this strange new land is no easy task. She will need to grow and adapt, conquer impossible odds, and stand face to face with terrifying monsters.

One thing is certain: Vi's struggles will change her. But will she change into the woman she hopes she can be, or the one she fears she's becoming?