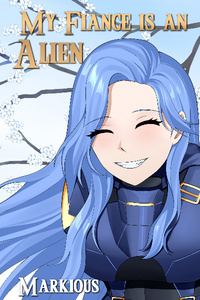 My fiance is an alien
ONGOING
143 pages

Please note that this is a Redux of the Original two novels, with better writing and artwork, I hope you all like it!

After finding a girl surrounded and harassed hoodlums on his way home from work jack did what any man should do, and beat the shit out of them. But how was he supposed to know that a random act of kindness would lead to a misunderstanding that would get him engaged to the girl? Oh, and there is the fact that she is an alien. The question now is will he be able to survive his soon to be in-laws, and the rest of the galaxy he never knew existed?

this is going to be my take on the standard ecchi harem like To Love Ru, except there will be more action, and the male main wont be a pussy who doesn't know it when the girls are coming on to him. So expect the Main to be a man who can stand up for himself and those he loves, also sex, probably lots and lots of sex. 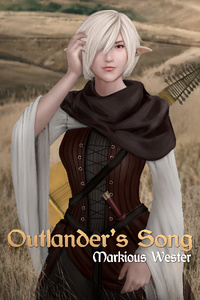 Jacob's life was rather mundane. He woke up at an ungodly early hour, worked a mind-numbing job, and went home to do little more than pass out. Perhaps it was no surprise then that his subconscious, craving some sort of stimulation placed him in a rather interesting world when he slept. Honestly, it was more realistic than any dream he ever remembered, not that he could remember too many, and he gladly sunk into it with a real sense of excitement, it's not every day after all that you get to explore a medieval fantasy world is it?

That excitement changed, however, when he realized one day that he could no longer leave the dream, and he found himself wondering if it had ever been a dream at all...

Author's Note: This is an isekai novel, it will also be a slice of life/ traviling on the road sort of book as Jacob plys his new trade as a bard and attempts to figure out how exactly he got into this mess. Expect all of the staples you have come to know me for, including things of a more erm, shall we say adult nature? 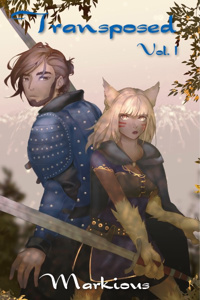 Apparently, even heaven had the odd clerical error. Which was not something Nathaniel Miller would have expected, and yet, that seemed to be exactly what had happened to him. The collector of souls seemed to have been given the wrong address, and instead of taking one Nathaniel Miller of the earth apparently right next door, he took Nate. As recompense for this small bit of error Nate was placed in the body of the Nathaniel Miller that had supposed to have been taken in the first place, and seeing as he now had an opportunity to try to live his life a different way he planned on taking advantage of this chance.

No one, however, had specified how different this world would be from his, sure they had said the tech would be a little older, and there were other small anomalies. But no one had seen fit to let him know that older meant medieval, and those small anomalies mentioned? They probably referred to all the fantasy elements and magic that seemed to be part of this world.

Still, he was determined to do better this time around, after all, chances like this were next to unheard of... 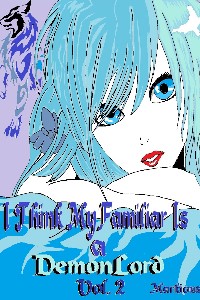 I Think My Familiar is a DemonLord
HIATUS
480 pages

Lira was a second year student at the Grulik School of Magic,  a prestigious school where royalty sent their children to learn not only how to be mages but also the leaders of the next generation.  Here in this environment she struggles as the illegitimate daughter of a minor duke. Every second year student is required to summon a familiar to be there constant companions and helpers for the rest of their lives. Much to Lira’s surprise her familiar came in the form of a man that goes by the name Leon. The question now is he really a man or something else entirely?

This one is going to be my take on Zero no Tsukaima(Familiar of Zero)  however the main female won’t be a tsundere bitch, and the main male won’t be a pussy. So expect a mix of slice of life and action and as always sex, lots and lots of sex. 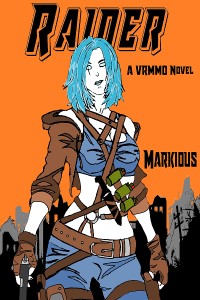 Matthew is a productive member of society, always showing up to work on time, always paying his bills, he is the picture perfect working man in this modern 22nd century workforce. Everyone who knows him thinks of him fondly as a kind, respectful young man, when the work day is over however something changes…

After spending the entire day lying to himself and everyone else he finds himself in the desiccated streets of New Earth Online, a Niche virtual reality reality mass multiplayer game, where he is known simply as the Raider…

The question now is can he reliably juggle his two identities?  There is also the matter of that A.I. that let herself into his head and seems to have confused the word love with obsession…

This should prove interesting...

Author's note: Ok, so here we are, this is my first attempt at writing a Vrmmo novel, we shall see what it holds, updates are on Saturdays and Sundays, you can expect this one to have a lot of the same elements of my other novels, including a harem and sex, very descriptive sex... 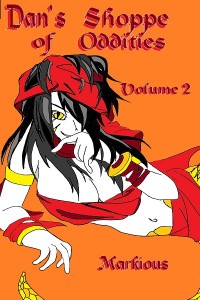 After the death of his father Daniel Rhodri was forced to drop out of college and take over the family business, an antique store that goes by the name 'The Shoppe of Oddities'.  Receiving a strange package one day Dan's world is flipped over once again as he finds its contents are a Genie named Amani. Who sent this package? And can Dan survive the hijinks of this genie girl? Will his life ever receive some normalcy again? he doesn't know, but he is going to try.

Like my other novels this one will be my take on standard Harem anime/I Dream of Jeannie mix(Trust me it will work lol)but without a Bricktagonist(The main will know when the girls are coming onto him.)  So expect there to be crazy magic and lots of sex, probably lots and lots of sex...