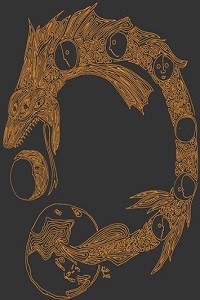 Style: 2.5/5
Simplistic to the degree that leaves the reader wanting more. The issue is simply that your personality as a writer didn't seem to come through. There is nothing inherently wrong or bad with the style, it simply is, and that is the crux of the issue. While there are no foundational flaws, the lack of personality and uniquess to your style gives off a generic vibe.

Story: 3.5/5
Overall, a decent start with room to improve. There is some lack of clarity in the intentions and goals of the MC, but introduces interesting elements that can capture a reader's attention. To push it to a solid, or even good standing, would require more development and a fleshing out of the ideas and world presented. I'd say the main issue is the ineffectively simplistic flow and style that inhibit the growth of the story.

Grammar: 3/5
Simple and gets the job done. Some parts flowed awkwardly with sentences running on too long, incorrect tense usage, or strange word choice, but the issues are relatively few and far between. Still, issues like this and basic grammar issues (missing commas and such), are enough to keep it at just an average score. There is nothing that would make it difficult to read at any given point, but, at the same time, there is no clear manipulation of grammatical rules that would demonstrate a higher understanding.

Character rating: 4/5
The standout portion of the characters was the dialogue. Several of the interactions were done well and came off as entertaining. The interactions between characters were interesting, yet feeling somewhat forced or unexplained at times. Personality of the characters shone through well primarily through dialogue. Only issue with the dialogue was that it was broken up at times that made it flow poorly, and it was sometimes difficult who was saying what and to whom they were talking too. To further improve the characterization, the author should work on adding more personality to their actions and demeanor, or emphasize such instances to compound off the good dialogue.

Overall: 3.5/5
An interesting story is laid out and good character interaction is included. The grammar is a wash; no significant problems or achievements. Style is the only category which drags this work down. Right now it comes off as somewhat bland and generic with little in its prose that distinguishes it from other, basic works. Other than that, the character dialogue does a good job of filling in the stylistic void, adding needed entertainment for the reader.

Average with a dash of potential

Style: A tossup between good and less than average. Certain areas are unique and compelling, others bland or lacking personality, or awkward in phrasing or presentation. Jarring idea placement and idea progression also detracts a bit, but these should be fixable. The main focus should be adding more character to your style, refining it and adding an extra flair when needed.

Story: A solid idea. Sure it may be reminiscent of other stories with a super power premise, but it does establish itself as unique. Would like to see you go further and expand on your world. Build it, flesh it out, and let it add to the idea you have. Also, even though there is the slice of life tag, I'd like to see a little more structure in terms of progression. Goals, over-arching ideas and such. They don't have to be intrusive, but it could help others follow and keep their attention.

Grammar:  Needs work. Awkward phrasing and sentence structure was the biggest flaw. Even though to me that is somewhat stylistic in nature, it will come off poorly in terms of reading comprehension as well. Some missing commas here and there, and other issues.

Character: Good foundation by setting up standout characters like the MC.  They feel different and have personality, but I would like to see more fleshing out. Expand on their likes and dislikes, show how they act and think and don't tell. A lot of potential to add more dimension to your characters and craft them into something great.

Overall: Average with a sprinkle of potential. Many of the flaws are workable; they can be fixed, adjusted, and improved for the future. A lot of the strengths have a solid foundation, but significant room for improvement. I did notice less mistakes and better flow as I went through the chapters, which is a good sign. As long as you keep it up, are mindful of what you write and how you write, and take steps to refine and improve your style, this could shape up to be a fine story.