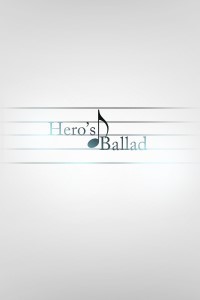 2 years after his diagnosis of lung cancer, Kazu Tomoe still hasn't received any treatment. In the end of his last summer, his terminal illness took a turn for the worse. His body continuously degrading, everyone assumed the worst while hoping for the best. On the night when Kazu should have breathed his last, his life was shaken up in an entirely unexpected direction. He woke up in a different world, much different from his own. Not having been able to say good bye to his friends and loved ones, he was left alone in this new world of Ilmaira. With a strange development, Kazu finds himelf in possesion of a unique skill, the only thing allowing him to continue fighting for survival. That day, his quest to return home begins. Official Editor: SilentComfort Book 1: The Sword (65k~ words) Book 2: Strings of Fate (52k~ words)
View Page

Voices from the Distance
HIATUS
17 pages

When Andrew lost his twin brother, his life took a different path. The mystery that surrounded his brother's death leaves him to meticulously question the people surrounding him. His acquired cynicism leaves his social life shattered into pieces. Not only that, he lost his ability to recognize faces, and gained something else. He gained the ability to see the colour of people's intentions and emotions through their voice, which furthers his cynicism even more. On his way to his college campus, a pure chance encounter with a girl whose voice was pure white gave him a hope in people's words. It was a sudden tug at what would be a story of a red string that connects the two.
View Page