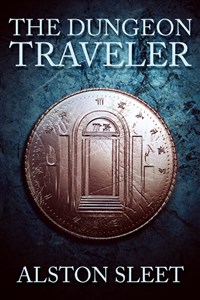 I think it had potential, at least until it disappeared to Amazon Unlimited. 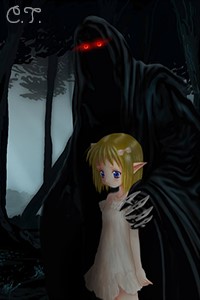 Relatively evil/OP MC with a lot of sex

The style is somewhat unique, but good. Most of the time in the POV (point of view) of the MC (main char), sometimes in the POV of others. Behind thoughts and dialoges are the names in brackets to keep easily track on what is going on and some images of animals, chars and surroundings are integrated in the story (with spoiler tag). 4.5/5

The story is about obtaining world domination and building a harem (with sex!). In addition: the MC is OP (overpowered) and his favorite race are the elves. What more could men want? 4.5/5

The grammar is relatively horrible due to the fact that the authors native language isn’t English. The most unreadable word was “shattellyte” (= satellite). But in all the sentences are readable. More readable than google translations. 2.5/5

The characters are good and have recognition value. 4.5/5

Sure, this FanFiction has some serious logic errors and lacks some good characters...
But it's a FanFiction about someone who lives in the Virtual Reality and becomes OP because he can! And FanFictions don't have to follow all the same pattern.
It is well written, with some original ideas and good grammar.

Overall I would say this FanFiction deserves at least 2/5 points... 1/5 if this was a official book, but it's a damned FanFiction.
Personally I give 4 points because I love how OP the MC is. I would love to give 4.5 or full 5 points, but that would somehow feel wrong because there is a lot of space to improve (logic error, characters, character development, faster releases, ...).
Please don't give up and be sure that you have a lot of fans (including me). 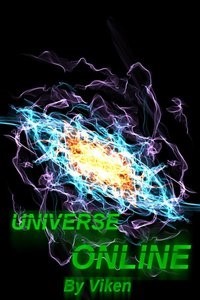 I love it. The review of "The Group" is surely unfair.

Sure, the progression is slowly (17 chapters so far, some chapters are up to 30 pages long), that can be a good and a bad thing. Good in the way that everything is written in detail, I think the story will go in the direction that the MC will conquer the whole universe and in the end we will have more than 100 books to read (if the author is able to end his story). Bad in the way that readers can't wait that the quest ends, the station is fixed, other players appear, the MC travels into other galaxies, the MC is involved in battles, the next chapter comes out, etc.

It's well written, some mistakes, but they can still be fixed. The author's notes aren't vital enough to give a bad review. Characters are there, quite some NPC's, but at least 2 of his real life companions joined the game and are trying to reach him. The author wrote just 17 chapters so far and the game in his story is at the beginning (just a few weeks after the release). So we should give him more time for more development.

Overpowered or not... the MC performed an outstanding and unique performance in the beta, if it was an open beta, then every player had the possibility to achieve such a reward, nothing to do with unfair. (In that regard even The Legendary Moonlight Sculptor could be called unfair because Weed got a unique class no one else can get... but he worked hard for it). And even if they choose another race without such benefits... with a lot of training, time, quests, right decisions, etc. every player can become superior. That has nothing to do with pay2win or something like that (I read it in another review). And to cut down his power... there are a lot of drawbacks/things "The Group" or other complainers should have in mind: His space station is totally shabby, to repair that will require weeks/months/years of time and a lot of resources (which could probably be sold for real money). His planet is totally radioactive, nearly uninhabitably. His race has just around 250 million people left, DNA mutated, repopulation isn't done over night. Other races probably have space stations/planets in top condition and a population of 10-100 billion people... he couldn't win a cake with his beggar-like belongings. There surely are a lot more shabby space stations and planets for everyone out there, he was just lucky enough to start at one. And really rich players could probably buy a space station in top condition with real money (buy a lot of in-game currency on ebay and then buy a space station or something like that). So even if he isn't overpowered, there have to be some powerful players, otherwise the universe can't be conquered.