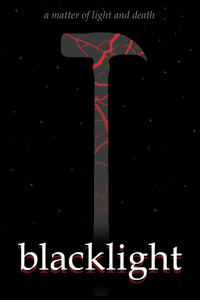 So here’s the deal: my name is Kihri Vyas, and I’m dead.

(That’s not really important, it happened ages ago, but it’s good to have the context.)

Anyway, me and my sister Zarah (the only person who can see or hear me) have basically been on our own since I kicked the bucket, surviving on the streets of Kaila and sort of just being miserable and bored and tired a lot. I mean, I haven’t, cause I’m dead, but she has. It sucks, but that’s business as usual for us.

What isn’t B-A-U is that a bunch of other homeless folks have been disappearing in the last few months, and some of them have been turning up with anatomically-improbable, but extraordinary fatal, injuries. Cops don’t give a shit, of course, and my sister’s a boneheaded bleeding heart, so we’ve been investigating them ourselves.

Actually, you know what? It’s probably easier if you see for yourself.

blacklight is a modern fantasy story

it updates fridays at 2 p.m. AEST on its own site at https://spectrochroma.wordpress.com/

Chapters are uploaded here one week after they finish on the main site. 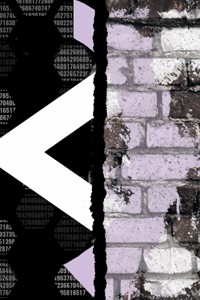 15 years ago brought the paranormals, stranger and often weaker in their abilities, but far more numerous.

Or at least, it should.

Most people, though, are just trying to get on with their lives; some successfully, some less so. It's a sensible goal, but it can be hard when shadowy conspiracies and worldwide N.G.O.s are turning your city into a proxy battleground over world-shattering secrets. It’s bad enough when you’ve just woken up with superpowers and terrorists are holding your school hostage. It’s even worse if you’re an illegal vigilante stuck in the middle of the whole Charlie Foxtrot after a supervillain raid drops vital information in your lap.

For Hannah Eiling-Kingsford and Flint Perez, life is about to get a lot harder to get on with.

Outliers is a superhero story.

Okay, so not so much superhero as vaguely superhero-ish. It's about two teenagers dealing with, among other things, new powers, psycho exes, mysterious datapads and a giant, secret war between the foremost powers-that-be, over information that could forever change the world. Again. You know, normal teenage stuff.

Outliers contains some foul language and mild sexual references. It is a complete story, and can also be read on its own website. If you enjoy the story, please consider writing a review, either here or on WebFictionGuide, or just drop a vote for it on Topwebfiction. Any and all support is appreciated, and comments, questions and critiques are all expected and encouraged.