Good read and it's only the start of the series.

Just as an overview, I liked the series and read all 8 chapters out at the time of this message. Here are my main points. They mostly nit-picking or opinionated stances, so please don't read too much into this, there's a reason I gave this fiction such a high score regardless..

Style: I felt it was perfect for the story so far. Ideas made sense, and the 'show not tell' way of doing it suited was well done. There weren't points I felt confused, as the story progressed at a good pace instead of going too fast or too slow.

Story: This will probably be hit or miss, but here is my stance on it. I like it as a whole, but I find it good, and not great. I know it's not fair to state this, since it's the start of the fiction, but I really don't like the basic plot of two different races (Humans and Vampires), one superior ruling the other, creating class gap and oppression between them. The MC belongs to the superior race, but empathizes the the lesser race to create the main backbone of the story.

I like how you solve most of the problems I have with this plot type. Creating a reason for the MC's involvement between the races, making the reason for oppression 'reasonable' (I don't agree with such plots no matter how you make it, but you give a reason that's well explained anyway,) and you make the MC useless, for now, in the debate, being more of an immature pest than the perfect hero in shining armour. I find this suits the slice-of-life feel you're going for. But I still hate that plot point with a passion, since it doesn't really diverged from this plot enough for me to call it original, I can't really call it anything but good.

Grammar: Good use of your large vocabulary, the one or two mistakes I noticed would make me rate it as almost perfect instead of perfect. 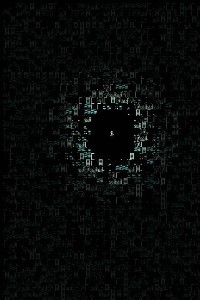 Good, but needs some cleaning up.

As a whole, I feel the story lost me somewhere, probably to do with the mixture of things, like placement of words, the author tried to do, sort of distracted me from the story, and the characters, although having strong personalities and motives, I just didn't like them. I read chapter 5 before dropping due to the time that much took. Not to say it's bad, but it's not my style... Please note that I barely scraped through computer science at high school, so the things I state about it are in reference to my view point on how I remember learning it, not what it actually consists of. Anyway, here's my points:

Style: I find this decent. It maintains a constant chronology and keeps a constant  perspective which makes the it flow well.

The main reason I'm calling this mediocre, and not great is the somewhat random choices made to describe things.

There are a couple instances where the systems seems to disregards user friendliness too, for instance 'Error insufficient information required' doesn't really make sense, to me at least. I would assume 'Error: required information missing' or 'Error: input required information' would be better, since it states the error in a simplistic way most users would understand. Since the idiot god supposedly has admin status, wouldn't it be necessary for such user friendliness to be in the system?

As said, I'm not master on anything really, but coding is in that 'anything'. If I'm wrong about these being the case, ignore them, but to me these don't make that much sense.

Story: I like the concept of someone managing to actively edit the thing around them, by simply asking an incompetent god if he can have them, and getting them. The amount I've read up to doesn't really seem to have a plot right now, but since I only read 5 chapters, I'm going to assume you build on this later on, so I won't give or take points away. The reason it's not rated any higher, is because I see the possibility for shenanigans like a Deus Ex Machinas happening due to the power the MC has.

Grammar: there are a couple obvious grammar mistakes every now and then, but the use of vocabulary makes it up for me, so I'd say it's good overall. (I realize I'm a hypocrite, but it's a still a point regardless.)

Characters: I liked the strong characters, although I hated the majority. Mannerisms and opinions seemed natural and the motives behind them seem equally so. The reason it's good and not great, I haven't gotten up to an area where there are deep relationships between characters. I assume it'll be there, but I can't state I like something I'm yet to read.

Sorry this is so much later than I said, I had school and my own chapters to do. And procrastination, the most valid of excuses. Hopefully this review helps, even if it's only minor. 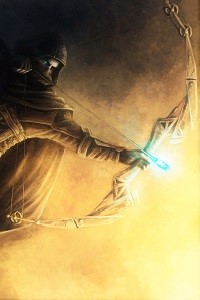 Charming, but has obvious faults.

Read 'til chapter 15, not due to dislike or turning off the series. This just taking me too long to do. Spoiler warning.

Just a note, I'm doing this on the scale of 1 = atrocious, 2= reasonably bad, 3= normal, 4= reasonably good and 5= perfect. Please don't take offense, since this is a personal opinion rather than fact. I enjoyed it on whole, but it has it's faults

Story and characterization I found good.

The story was fun due to the relative unique take. First having the story take place in a pseudo-realistic medieval-age rather than a fantasy setting, second having the MC becoming a king of a failing country due to switching places with another person, who taught them how to use magic. And the MC does use his knowledge of future technologies and stuff to help himself out. I gave it 3.5 stars mainly due to minor plot holes, or seemingly unexplained things I found like how the MC knows the limit of his Mana when he doesn't seem to have an interface or anything to fully show his amount of Mana.

The characters were good, since they all had their faults and reasonable reactions to the king recently possessed by the MC. The MC himself has a strong, self motivated, sport focused guy who likes cute things being happy, hating cute things being negative. He does also have faults, like his mischievous attitude to matching up people and so on.

The style was kind of arguable. Having a lack of using the right tenses, to the frequent grammatical mistakes that took away from what he was trying to write. (I'll just mention that although it's reasonable for the author's grammar being sub-par, not being a native English speaker, I feel  I would be cheating him for not mentioning it since it is pretty bad.) Anyway, I like how the author does change the perspective from the MC to those who talk with him at points, I feel the lack of pushing this aspect deserves to make him be even for the lacking parts of other aspects, hence I rate it as normal.

For the grammar, my point's already been stated. Although it does feel like kicking a dead horse, I still feel like mentioning this is the primary point for improvement. Try putting a chapter into google docs or something, since I believe it shows you the basic mistakes in grammar. Or try using Grammarly for a more in depth correction.

I hope this criticism seems fair, and you can see my points and build upon them. As I said, I like the series, but some aspects force me to say it's sub-par. If you fix these problem, I'll happily redo my review as a response. 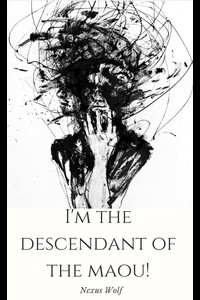 Grammar is especially strong. Story and Style are great. Characters are good, more detail will be pm'd to the author. 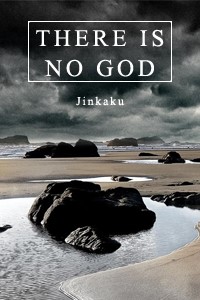 Great but not perfect...

Style is consistent and chronology is done well... But some faults.

Story is solid, apart from some motives...

Characters are done well, some are forgotten though.