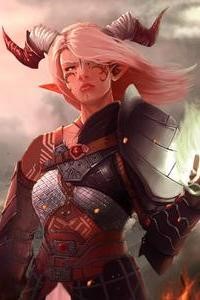 After beating Kingdom domination Scitus, our Protagonist is told by a strange man that he has been chosen to be a god for universe six. Scitus believing that the man is with the creators of Kingdom domination, his favorite game,  decides to play a long. Little did he know that the man spoke the truth and Scitus would become a god, The God of Monsters

Goes without saying but the art isn't mine. Quizzical kisses on deviant

Love Story Between The Sun And The Moon
HIATUS
17 pages

“Why are you telling me this?” She was excited, her cheeks were rosy with it, her smile was wide and perked ever so slightly to tell me what she wanted to say before she had even spoken.

“Because I want this to be us, will you grant me this small wish?” She takes my hand and clenches it with both hers, she draws it close to her chest, her eyes never leave mine. I don’t know how it happened, but I’ve fallen in love with a strange woman.

“I’ll do whatever I can to make your wish come true.”

The following is a series of love stories that may not seem connected at all, but are. 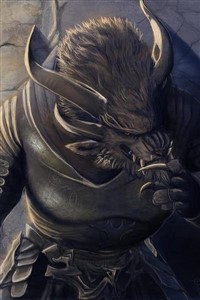 For those that may be put of by the traumatsing content tag. I put it on because I don't know the degree so its just their just in case. this isn't berserk level or anything.

The schedule is as follows.

sevearl  short stories. I post when I have an idea.