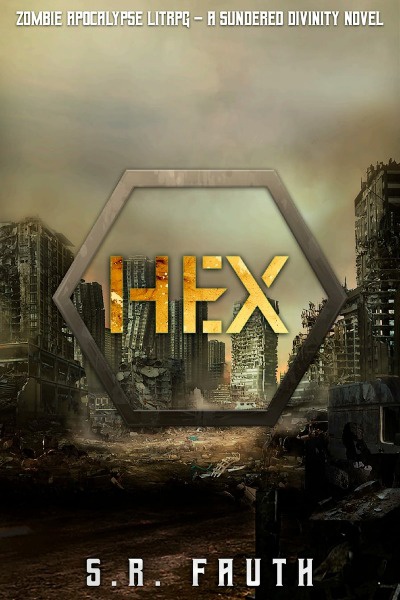 Humanity lay dying in the cradle of their birth. A victim of their own hubris.

The age was set to be a utopia. War among humanity was a footnote in history, having united under one purpose with a singular goal: reach the stars and explore the vast cosmos that made up the universe.

In their unmitigated hurry to achieve perfection, mankind created fantastically advanced technologies. They pushed the boundaries of what was known and explored the stars, only to find more and more questions and fewer answers.

Follow the story of Ray Finnigan. Brought back into the world for a purpose that was not his own, by beings who sought to utilize him for their own purposes, this survivor seeks to restore humanity and return the Earth to its rightful inheritors.

HEX is a story of the undead, Systems gone haywire, and a Nemesis that just doesn’t seem to die no matter how many times he kills it. Physics and common sense don’t apply when the rules of reality are governed by those who seek only to manipulate the results. Results that only kill those who achieve them.

But the restless sacrifices for such ambitions roll in their graves and such secrets won’t stay buried for long.

Neither will the bodies.

EDITING STATUS: There will be a fully edited re-release.

This is an Original Work.

All parties in scenes where intimacy is implied are over the age of 18.

All scenes of intimacy are, by design, consensual.

The Art cover was commissioned by, paid for, and all rights owned by user SR Fauth.