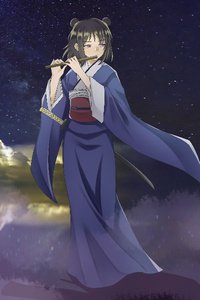 Portals are opening and the planes of cultivation are changing. Monsters that have long been sealed are breaking free.

In the midst of these changes, a young girl named Jia Lin is sent to the Flowing Rivers Sect by her father in order to protect her from the eyes of a greedy prince.

In the bloody and murder filled world of cultivators, she must figure out how to come to terms with the death and the destruction surrounding her.

Releasing a chapter a week on Tuesdays. 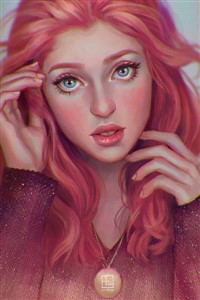 The Game Of The Gods.
HIATUS
379 pages

A young woman by the name of Elena wakes up one morning to a blue screen in front of her.

This blue screen tells her that she is one of Two Million people on earth chosen to be Beta Testers in a new game called The Game Of The Gods.

Welcome Elena! You have been chosen as one of TWO MILLION people on the planet Earth, to participate in the beta test for The Game Of Gods. This game includes a non-disclosure agreement which has been automatically signed by you!

As a beta tester, you have the right to The Tutorial. Would you like to take it?

What will she do?

Multiple cities across the city are overrun by monsters straight out of fantasy. Superhumans calling themselves Beta Testers are killing eachother.

But Chris Nordstrom isn't involved in any of that as he sits through a boring English class. Instead he gets to listen to his teacher talk about To Kill A Mockingbird.

Chris returns to his home after a surprisingly normal day in a not-normal world, but waiting for him there is his brother, one of the Beta Testers that now populate the world. His brother hands him something that will change his life forever. A device more powerful than almost anything else in this world.

This is a Game Of The Gods story.

Ellion had not killed him, though everyone believed that. In a last trick of mischief, his old friend had carried out his “execution for treason” by turning his body to stone. Now, hundreds of years later, Saron has awakened with a sword pulled out of his chest by a young Fae girl. In this world 200 years later, the young Fae girl wears a collar of slavery to the humans, like many of the rest of his magical brethren. They had traded safety for freedom; slavery for “security.” Were they that afraid of the Corruption? Should they be?

Saron was in a brand new world and needed to find the answers that could free the Fae; and even protect the humans that enslaved them. But had the ancient menace from the Great War that had been unleashed grown more powerful? Was slavery a better choice than madness and destruction?

Saron was a story teller, not a hero; now it seemed as if he was the main character. Time to find some answers.

- I was proud to write this summary for Prince Corwin. He is a young author whose skill is obviously growing and whose imagination is thrilling. Just read the first chapter and see if you can “put the book down.”       -Oberon King

I created this to not distract the cat nation. Don't worry cats, this won't distract you at all. In fact, no cats are allowed to read this.

But if a cat breaks my rules and reads this, then make sure to read to the end! That is the punishment for all cats.

This is a collection of my short-stories that I have submitted for various contests. (currently two) 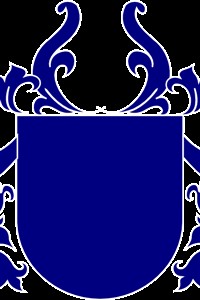 An orphan was found on his own, listless and wandering aimlessly. A lithe man with a hood covering his face watches as the kid walks right into him without seeing him. This kid should be the final recruit. Hopefully the guild will be glad to have all the new trainees. The hooded man thinks to himself as he firmly grabs the kids elbow and steers him to a new life.

Damien lost everything. One day, he is found by a man looking for a very special kind of person. Damien is brought to a training ground for assassins. He spends many years there, until one day, a master in the order of assassins assigns Damien to work as a Royal Guard. The Royal Guards are an elite force charged with guarding the most important people in the empire. Amongst the Royal Guards, Damien will face demons, mages and things beyond his imagining.

Mature tag is for one really fantastic song in chapter seven. Totally worth reading the whole story for that one song.

A young man finds himself in a new world as a character he created. He arrives in this new world with wonder, only to find death within his first day of arriving.

He travels until he finds a caravan, this caravan held many secrets. Secrets that could end up killing him.

Not exactly the newest idea out there, but it is something I enjoy writing.

I am trying to use the same style of game world that the creator of Friendly Neighborhood Necromancer uses. Lets see how it works.