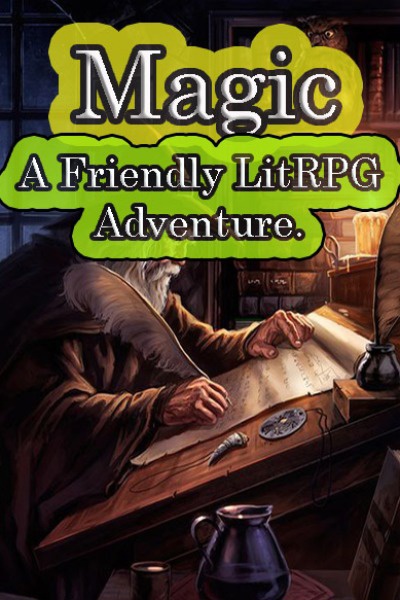 I decided to write a litRPG book (or more accurately a GameLit - a litRPG that doesn't  focus heavily on visual statistics), following the fate of one individual in his path of power. I wanted to see him tame his magic and grow as an extremely powerful mage. But since I didn't want to just give him everything on a silver plate, I decided to imagine as clearly and realistically as possible the choices and the consequences of his actions. At first I wanted to send him on crazy adventures and bombard him with annoying young masters, greedy and bloodthirsty sociopaths and other cliches from the genre. Very quickly I decided against that. But there was a price for all this. Not giving the MC super powerful cheat skill, meant I had to give him an opportunity to build his own skills. Which made the start of the book a bit slower. Usually the best way to start a litRPG on RoyalRoad is to make an explosive first chapter, full of action and overpowered MC. But I decided to take the risk and start a bit slower, but go a little bit deeper into the motivation and the realism of the story. Wish me luck :) See you at the end of the book.

I want to make it absolutely clear again (for the two people giving me 0.5 stars at the chapters introducing the starting area and the starting skills). This book is not going to have strong-from-the-start main character! The whole idea is to make the MC work very hard and slowly gather his power. This book doesn't have some goddess giving free skills, nor did we have 1000 years old reincarnators. Naturally since we don't have a super strong hero, he also starts on a relatively safe place, called "The tutorial island". But he still is going to fight every day, learn alchemy, make money, engage in politics, go on interesting adventures and fight strong bosses. His action will matter, not only for his own survival, but for the local human (and sometimes other than human) population, and even, on some small and personal level, the fate of Earth itself.