Can't I just build things in a dungeon?
HIATUS
20 pages

A Danmachi(Is it wrong to pick up girls in a dungeon?) Self-insert Fanfic

The story follows me, the author, as I mysteriously end up in the city of Orario ten years before the begining of the story. Follow me as I try to figure things out and actually enjoy my life as an adventurer. Where the story actually focuses around exploring the dungeon rather than all the problems that happen around it. Canon will be thrown to the wind and in classic self-insert fashion the insert tries to save everyone.

But this time they fail.

I'd had a thought, it was much more than I'd bought. I'll travel the land and see all that's sought, be it hill or sand or mount or boat. The skies the limit! Is all I'd thought. But alas it was for all but naught.

Note: I am terrible at rhyming, so what better to do than to try and rhyme? Even better if I can inflict my terrible rhyming onto others. Oh, and thank you if you attempt to read this. I must say however that I'm putting this on the back burner until I finished some of the other works. So this probably won't get many updates for a long while.

The worlds of Grenoa ad Vertus are nothing like one another. One ruled by humans and the other by monsters.

The two worlds exist in the same space but in different dimensions. Like oil and water the two were never to mix. However one day the skies were torn asunder by a mysterious green light and the two, oil and water, began to mix.

The Mosters of Grenoa rejoiced for the new world that was revealed to them represented new lands for adventure and discovery. A chance for fotune, valor, fame and the respect of their peers.

When the two worlds met tensions were bound to rise and wars are inevitable.

This however is the story of Haris, the hole in the sky, his friends and the worlds slow adjustment to equality between humans and high monsters.

I was inspired to write this when my light bulb blew out on me and I had to sit in the dark one night while reading. I suffer from depression so negative thoughts come to me realativly easilly when something goes wrong. Sometimes something as simply as a light going out and sitting in the dark can get me down in the dumps. I decided to write this as a way of self-reflection on how I could have been if I truly had no hope and if I had nothing but my hobby of writing to keep me going through each day.

(That said... sorry to anyone that read my stuff since I haven't been posting anything lately. I just haven't really been in the mood for anything lately. I am trying though and just got distracted and wanted to write this after my light blew out the little bugger.)

The Game company OWIF is launching their newest Galaxy wide network VRMMORPG and our hero, KillerMEGA18, has been selected to help advertise the game via streaming context from the games closed beta. With an unfortunate accident KillerMEGA18, better known as KillerMEGA17 in the current most popular VRMMORPG Galexia Ex-Deus and Infamous for assassinating high risk targets for little to no gain, finds themselves stuck in the virtual world with little hope of ever living a normal life. Follow KillerMEGA18's adventures as they learn about the latest game by OWIF and perhaps below the surface they will find out something fairly disturbing about the game company Other World Invasion Force. 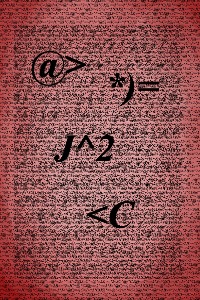 Don't bother. I'm going over this story again and rewriting it. Not sure when it'll be done but I'll have at least the entire first arc done before I start posting again. Check out my other poorly written works and have a nice day.
View Page