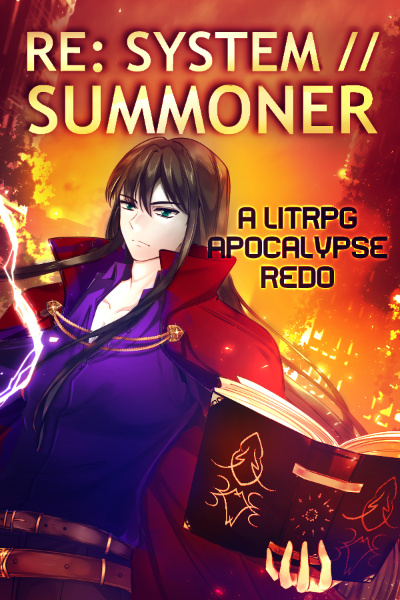 Not every time traveler has a plan...

Levi Morrison is not a hero. He's one more warrior on the front lines of Earth's long defeat, any hope beyond simple survival in the endless fight a distant memory.

But as the demon hordes finally conquer Earth's last stronghold, and his moment of death arrives...

Levi finds himself back on Earth. A peaceful Earth, where the dungeons and the system have only begun to appear, where the opening of the demon portals is months away. An Earth of eleven years ago, one he no longer understands.

And he knows another thing: the demons are coming.

Even if he's the last person anyone would have chosen for such a task, if the fate of the planet is to be changed, it's up to him.

And that's not something he can do as a simple warrior. Instead, he must overcome the scars of the dark and desperate future that feels so recent to him and become something else entirely: a Tamer, a Summoner... and perhaps even a hero after all.

(Patreon is currently 40+ chapters ahead!)

This story will include:

-Delving dungeons! Fighting in dungeons! Looting dungeons!
-Leveling! Classes! Stats! Blue boxes!
-Catching monsters! Leveling monsters! Evolving monsters! Evolving lots of things!
-Social awkwardness! Trauma!
-Meaningful relationships that don't just disappear into the background!
-Power weapons! Power armor! Equipment upgrades!
-Did I mention DUNGEONS? Because there's lots of dungeons.
-And eventually demon invasion portals and chaos, though not for a while. Gotta have some time to prepare before things go to hell, after all.

This story is authorized for posting ONLY on RoyalRoad.com and patreon.com/AsterLoka. If you are reading it elsewhere, it is stolen and should be reported.

Also, I've made a story discord if you'd like to chat or hang out.