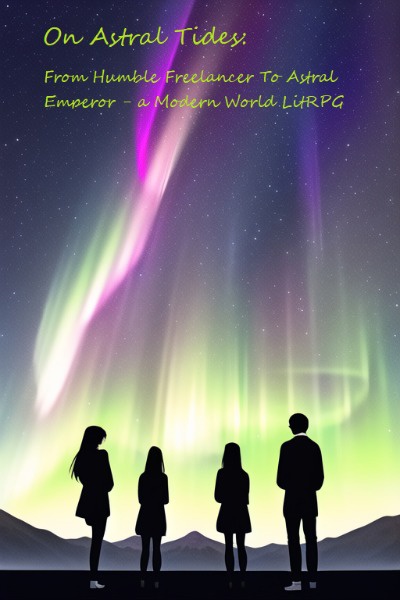 What would you do if one day you were told you were one of the chosen who would have to battle to save the world?

Akio was an average guy, having moved to the big city from his humble town in the mountains. Sure, his IT freelancing job wasn't making him big money, and he wasn't exactly a hit with the ladies, but life wasn't all that bad... until one day a mysterious angel-like being visited him to tell him the Earth was in danger. Many would be chosen to fight this fate, but would any succeed?

Of course, if one could have the usual cheat skills everything would work out, wouldn't it? So why was his skill like a garbage pay-to-win mobile game? Akio would have to not only hone his skills and build his Astral Empire, but he would need to raise money, secure land and become a player on Earth too! Facing this challenging task alone would surely be impossible, so Akio needs to make strong and beautiful allies to take on all those who would oppose him.

Who would that be, you ask? The old myths of Earth are returning, alien invaders are waiting outside on the Astral Tides, Cultivators are looking for their next faces to slap, Demons are whispering poison into the ears of anyone who would listen, and whoever was trying to save Earth by granting various people powers were making some really awful choices...

Join Akio as he starts at the bottom of the ladder, clawing his way to the top and discovering one can change their destiny, so long as they work hard (and have a boat-load of money!).

[Note this story is Harem, and since many don't like that, be warned! It's more Sevens than Isekai Smartphone though. There will be some R-15/18 scenes for the Harem (though I have toned down the one posted here from the original drafts more to the R15 side.]

The story is pretty much evenly split between progression fantasy and real-world character building and events, hopefully blending together to make a compelling narrative about how someone could change themselves and the people around them for the better if given the chance by some miraculous intervention, while also hopefully saving the world (and maybe other worlds too.]

If you have any questions re: future plot turns/types of things that might happen and want to know so you know whether you'd find it worth your time reading, feel free to drop me a PM and I'll let you know. No story is for everyone, so no worries!