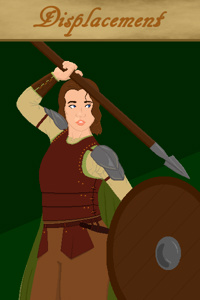 A exellent read, with a exellent protagonist.

This is an excellent story. The writing is very empathic, with a strong and personable MC that is rather easy to like. The writing style is quick to read, with enough detail and insight to keep you well informed and engaged, but without stopping to wax poetic (Something common in fantasy literature).

The dialogue and the humor that finds their way into the writing are sharp, but it does not overtake the overall tone of the series. It's not a detriment to the more tense scenes, and it feels a natural extension of the characters and the world, rather than comedy for comedy's sake.

Character-wise, the story has a twist to it that I don't see enough. Instead of just dying or falling through a portal, our protagonist has switched places. This is something you more often see in certain types of comedies rooted in historical events. But honestly, I say it works even better in a fantasy series.

Leah is fairly easy to like, as mentioned earlier, and to see her Fake it until she makes it interesting and compelling. The story is front-loaded with some actiony bits, as the person she switched with was a warrior, but that much is expected in an isekai story.

There are a few NSFW chapters, with explicit sexual content. If that is your jam, I honestly think they are pretty decent, although I admit to skimming them after the first one, as it isn't exactly what I look for in stories. I honestly feel it's to the story's advantage, however, too often, sex is handled immaturely and with kid gloves. In a queer story full of battle, death, gore, and other mature themes I feel it certainly has its place.

All in all, I recommend this story to any who wants a strong female lead, action, and a solid cast of characters. 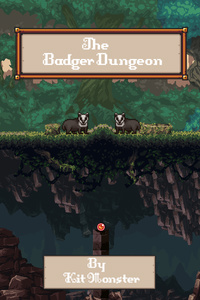 Just to preface this review: This is a review swap.

That said, this is a very charming read indeed.  Dungeon core stories live and die on their central MC being interesting enough that you can read about them just rationalizing and thinking. Badger Dungeon does this very well. The mind of the poor sap turned dungeon core is written well and the way the story is structured makes it easy to be pulled in. There is some simple visuals provided that lets you follow the the expansion of the dungeon while it happens, which  I wish was the norm for the genre.

I am always a big fan of little twists to the genre, both Dungeon core nad more straight-up game-lit. It's a genre completely oversaturated with the same wish-fullfilling, crunch, and number worshipping stories so it's always nice to find something that plays more to the beat of its own drum.

The characterization of the MC dungeon core lends for easy, engaging reading as it is full of little quirks, inner ramblings and second-guesses as to what the hell is going on.  I am going to read the rest now and then sit around waiting for more.

Grammar wise I saw no issues, which is says it all in that regard.


Summary: I suggest you read this. It has a lot of soul, a lot of warmth and doesn't wallow in the edgyness and loner-style vindictiveness many of these stories do.


Imean, it has badgers in it. You HAVE to read it. 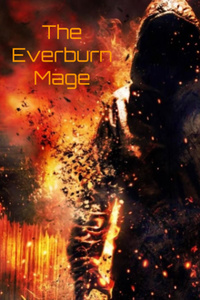 A magical Police Procedural for better and worse

Disclaimer: This is a review swap.

Style and Characters: Everburn's story takes a lot of its beats from urban fantasy and cop stories. This comes with both good and bad.  A police procedural gives a story good structure and if what you want is a bunch of people deconstructing and figuring out a criminal's motives and modus operandi, this will scratch that itch. Likewise, if you like somewhat moody urban fantasy, I'd definitely give this a shot.

If you, like myself, have read and watched enough shows of this caliber, you can tell where some of it is going and some of the police-style banter and dialogue can become a little too much.

Rune, the MC, clearly fills the Loose Cannon shoes that most Police style MCs tend to fall in, but Rune himself is fairly entertaining as a character. He is someone who has some emotional baggage and a past that makes him a social outcast in many circles while also searching for answers and revenge. In that regard, he is very much your Urban Fantasy MC to a T. But he is executed well, so it becomes a strength for the writer.

This is most noticeable if you put Rune next to other characters, who aren't quite afforded the same sharp portrayal, and the villains who so far felt a little lackluster in their presentation. For what is an urban fantasy style story, it could do with humanization and depth towards the non-police elements of the story.


If you read and like urban fantasy with police flavor, chances are you will like this one. The writing is solid,  the pacing is overall pretty sharp and the author has some pretty excellent grasp of how to write Rune, the MC's way of thinking and seeing the world. 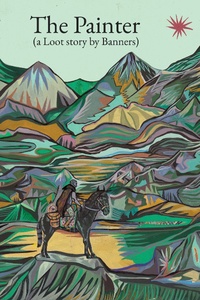 Disclaimer: This is a review swap.

A painter who is mysteriously locked in place by unseen barriers, unable to leave the town where he lives.

I will admit I got very pleasantly surprised. I did not know what I was expecting going in, but the Painter so far is a very charming read. The writer has a solid grip on the narrative and character-building and you get to slowly see the MC's life be explored with some unexpected twists and turns early on.

It has a lot of personality in the portrayal of its main character, who is referred to as Paint or the Painter for the most part. I am pretty thrilled to read a story that centers not on some young farmboy turned legendary hero or similar. Instead, this fantasy story is centered around a painter who has a family and a life. So far, the main crux of the story as been exploring the MC's life and his struggle with the unseen force that keeps in place.

The worldbuilding is subtle but strong. With few mentions of more fantastic things while the book is firmly rooted in more everyday thinking and tribulations.  But the fantasy is always there in the weave of the story with people reffering to dragons and demons.

It has strong characterization of the MC, a longer spanning story than you first would imagine and I can't wait to read more. 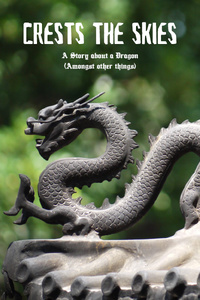 A nice tapestry of interwoven narratives.

I will preface this review with two things:
1) This was a review swap.
2) I really like short stories set in the same universe like, a lot.

I started reading this as part of a review swap and boy am I glad that I did. There is something really nice and satisfying about an author who knows how to weave stories.

Each chapter is a breeze to read through, and Nettles have a really evocative and fun way of writing. There are a lot of little things that I enjoy about the writing and the way it flows, but the chief one is the way thoughts and little bits of everyday worldbuilding are presented as we learn what various characters are thinking.  There is an early part, in the chapter about a person named Wind, that really spoke to me. The way he thinks about colors is very telling about the person himself, and his need and desire for a particular crayon that had landed him in trouble.

The stories are full of these little human touches such as these, about how people go through various obstacles that they themselves sometimes create out of a desire for something we might think as small and insignificant. Or it is an obstacle that society has put before them.

There is also quite a bit of clever writing in the way Nettles know how to turn a phrase, which really builds a picture with very little in the way of actual descriptions.

Another thing that might seem like a small thing, but I really enjoy the naming conventions of the stories. With names like Wind and Wordsound and kitten, you get a very different feeling too each character and making each easier to remember.

There is a lot of magic within the writing and in the world, itself and I can highly recommend this for anyone who likes short stories and world-building at a micro rather than macro-scale.  Come for Dragon deliveries, stay for the world and its inhabitants.