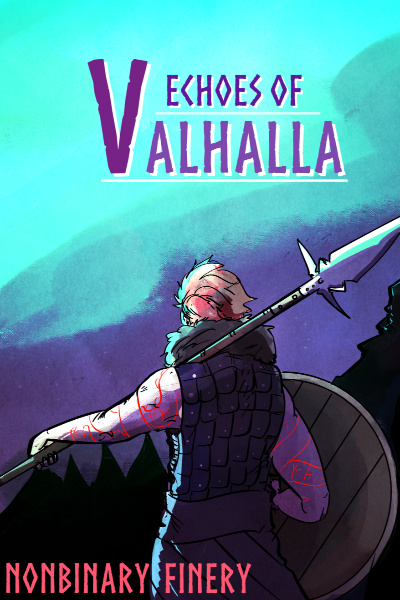 (Currently Updates at about 3 chapters a week, generally on Tues, Wend, Thur if I can swing it.  2k average words per chapter)

As a cashier at Trollhålans combined corner store and gas station, Saga is stuck out in nowhere, Sweden. Having recently lost their mother, they are at their wit's end as they are pushing close to 30 with a dead-end job and only a few friends that they hold semi-reasonable contact with. Most of them have families, jobs, and lives that they do not. In what is a stroke of extraordinarily bad luck, they come face to face with a being not from their world. A creature not supposed to be there. A being that kills them over a bag of sliced bread.

Only for Saga to reincarnate in another world.

Armed with nothing but a poor temperament and a strange magical guide, they find themselves in a strange, yet oddly familiar new world, surrounded by runic magic, undead, magical beasts, half-giants, and more. Now Saga must find a way to make a new life for themselves while also figuring out how to not end up dead, again.

Journey alongside Saga as they find themselves and grow, both as a warrior and as a person.

Note: The author has English as their second language and has ADD. Grammatical errors are continuously fixed throughout as they are noticed or pointed out.