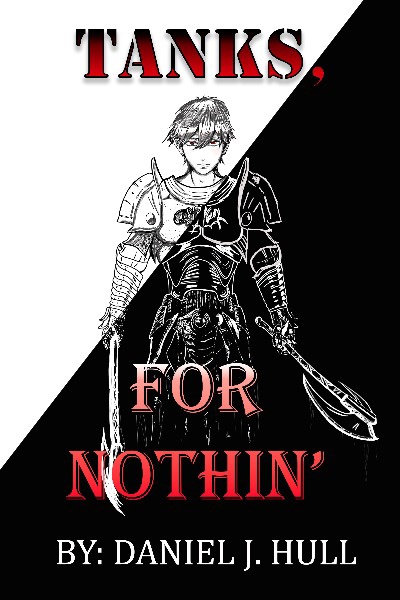 Nash Stormchild was from another world.  There, he had been a teacher.  His name hadn't been Nash, nor had he been in the prime of his life.  He and his entire class had been pulled into another world by an unkown phemomena.  Here, it was fight or die.  This new world was unforgiven.  At least he had his class from the old world.  They made the ultimate guild, until they didn't.  Now, he was alone, betrayed, and in a strange land.  The land of the dark faction, his faction, and he would need new allies if he wanted to survive and get his justice, his revenge.

Going to space was supposed to be the adventure of a lifetime, but for Reece Danielson and his crew, it was only the beginning.  As the fresh astronauts aboard the Zhengzhou International Space Station start their on-the-job training, Reece is shown a discovery that changes his entire worldview.  It isn’t long before a tragic accident aboard the station sets off a series of events that not only puts the crew in danger but at odds with each other.  The events quickly escalate into a man-made apocalyptic incident on the surface of the planet.  A virulent plague is prematurely released which transforms everyone into flesh-eating undead, and that is only the beginning of the troubles.  There are far worse things down there than zombies and possibly a few of them lurk on the station itself.  The Nightcore Trilogy thematically begins with a heavy sci-fi  feel coupled to a gritty space-based horror mystery.  The story's layers are slowly peeled back, evolving into something much more supernatural, mythological, and high-fantasy-based.   It's a mix of elements from survival horror, zombie apocalypses, ancient mythologies, supernatural stories, and harem anime.  It contains semi-descriptive sex scenes (traditional and non-traditional), descriptions of gore, profanity, and adult situations, so I recommend it for mature and open-minded audiences only.