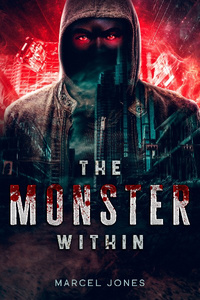 The Monster Within
COMPLETED
374 pages

Ever since they were kids, Odion sensed something otherworldly about his twin brother, Apollo. The night their foster parents were murdered confirmed what Odion had felt all along.

Seven years have passed since that fateful night, and those paranormal events still haunt Odion. Something far beyond human comprehension lurks within Apollo, and keeping it a secret is of Odion’s utmost importance. However, his deepest fears rise to the surface when a list of grisly murders takes place the night of their high school dance, making Apollo a prime suspect. Knowing the police will be no match for him, Odion embarks on a mission to take his brother down—even if that means he dies trying.

Apollo knows he’s innocent of the crimes that took place the night of the dance. But with virtually no way of clearing his name and nearly every task force unit in the province of Ontario searching for him, Apollo is forced to make a decision. Sacrifice his freedom for a heap of crimes he didn’t commit or defend his rights by unleashing the monster he had buried within, even if that means many innocent lives will be forfeited.

The Monster Within is the first book in Marcel Jones’ urban fantasy series A Life of Fear. If you liked Vicious, Carrie, Akira, or Chronicle, and you want to be transported to a world where having superpowers doesn't necessarily make you a hero, you will love reading this page-turning thriller.