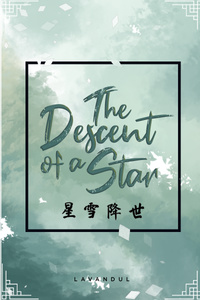 The Descent of a Star || <星雪降世> Xing Xue Jiang Shi

Lai XingXue was the unfavored second prince of Laixu. He was considered a stain on the name of the prestigious royal family. Shoved into the darkness of the palace, he became a useless bastard synonymous with bad luck.

But everything changed when he met his Master. Shen QuanLi had been a half step to immortality, lofty and frigid, but he was the only person in the entire world who would spare the second prince a shred of kindness.

Lai XingXue was ready to give Shen QuanLi everything he could. He won martial competitions to win his Master the glory he deserved, he cleared his name and became a prince his Master could be proud of. As he cultivated closer to immortality, Lai XingXue believed: maybe one day, once he was powerful enough, competent enough, he could confess his unfilial thoughts to his Master.

But then Shen QuanLi died.

Lai XingXue had once decided to give his everything to his Master, the one person who had brought him out of the darkness.

Thus, even if it meant cutting off his own future, Lai XingXue will defy the fates to bring Shen QuanLi back!

- This novel is a slow-burn original fiction, you're in for the long-haul if you're expecting proper romance...

- I actively take valid critique and criticism and to an extreme will even rewrite scenes if the draft posted was not up to standard! I would like to present a story that I'm proud of.

Gratefully thanking all my friends for proofreading, editing, and revision suggestions~