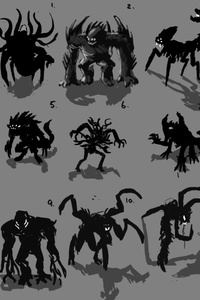 Great idea, but that's all

This 'story' is basically just the synopis of the story with a couple extra lines of different types of critters stappled on and maybe two hundred words of "logs". The entire story feels like a writing prompt or the rough outline for an SCP article that was never written. In its current state this story is not worth your time and I desperately hope that changes in the future. 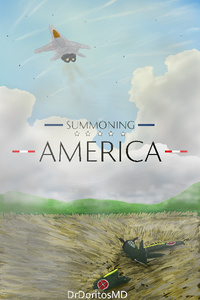 The Tldr is that this is a perfectly serviceable story, from what I read, but it didn't delve deep enough where I felt it should.

The story of a modern or scifi nation encountering a far less advanced one is an old story but one I tend to enjoy, add in the fact it's the good ol' US of A  and I was hoping for a good time. Sadly, while the author did a decent enough job, I found myself regularly questioning several of his tactical and political decisions to the point I had trouble focusing on the story. This is very much a me problem, as I very much expect that someone who isn't as well versed in history, military arms, tactics, and medieval politics as I am would find the story a good romp, but for me I was distracted to uselessness.

The author did very well for himself as far as grammar and spelling went, to my eyes at least, which admitiedly are not the best. But as far as style goes, I kept feeling the the story felt rather sparse and thread bare. Scenes moved along at a rapid pace, never stopping are slowing down to give the reader time to drink in and savour the details. Descriptions are sparse in the extream, with me not even knowing that the people of the first country America encounters were elves until it was pointed out two chapters later. The only place details started to come into some focus was the battle scenes, which were told with the glee of an excited ten year old describing high end jets shooting down helpless wyverns with air to air missiles.

Sadly a lot of the same problems carry over to the characters themselves. They are named fast and frequently, so much so that all names are quickly forgotten. This is not helped by the fact that nearly everyone seems to speak with the same voice and word choices. The President and Ambassadors both speak like the jet pilots and army grunts, no one is described in any detail, and no mention is made to dress or the way one carries themselves beyond a couple comments about people noticing that the people from other countries are dressed oddly. As such everyone runs together to the point that it feels more like the characters are the countries themselves and all the named characters are just their pieces, yet even then the countries aren't described much beyond poor but friendly and militaristic, mean, and xenophobic.

I really wanted to love this story and hopefully it gets better later in. But for me this story was simply too shallow for me to properly get into. 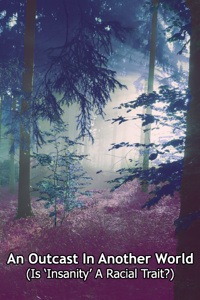 Use to follow this story over on the HFY reddit and just discovered it here. While it does do several things that annoy me such as the use of leveling system in a fantasy world, the author has taken steps to subvert the expectations and turn what is usually a boon and make it an exceptionally dangerous double edged sword. In fact the author shows great skill in both subverting tropes and making things far more dangerous than they at first appears.

The only thing holding this story back from a full five star rating is the author's, understandable, choice to remove the earlier chapters as he publishes his book. While this is perfectly understandable, it is still a massive annoyance and a bit of a middle finger to new readers who might be interested but don't get a choice of even reading a couple chapters to see if they want invest the time for the story yet, much less shell out money.

That said, this is a story worth paying money to add to your collection with its loveable characters with massive character growth, engaging story lines, genuinely threatening threats from all sides, and plot twist that don't feel cheap. 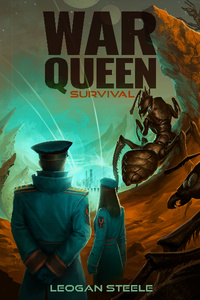 The basic need to know of this story is that it is a very good story of stone age to early iron age eusocial insect aliens encountering a space fareing humanity and the experiences that follow it. The author executes this concept very well making the aliens rather alien but compehedable enough to where you can still identify and empathise with just about everyone.

In full this story is thus far is an excellent first contact story full of misconceptions, misdirections, hope, and betrayal. A story in which all is viewed through the lense of alien species trying to come to terms with a humanity that is in some ways nearly as alien to us as the aliens we follow.

The author has a wonderful means of writing the descriptions and dialog of the characters that does wonders of portraying who they are and how they think. From bugs struggling to comprehend what an APC or gun is while trying to form a counter attack, to the many often times amusing interactions between caste and humans. The imperfect methods of cummunication that are introduced through the story can be difficult at times leaving you trying to fill in missing words or concepts unsuccessfully or wondering if you managed to translate it right at all, but it works for what it is aiming to show.

One of my favorite and least favorite aspects of this story so far are the characters for sure as every character has very defined personalities and most importantly of all is that everyone seems to be at least respectably competent. Even better the story manages to weave character goals in such a way that there is plenty of conflict despite the tale lacking any overt villains. There are antagonist gallore, an incompetent and greedy leader seeking to make and oppertune theift, an arrogant commander making a bad and bone headed call due to pressure from higher ups, but no cackling mustache twirling villains. Just people. The problem being is that a lot of the alien characters don't have proper names as we know them, they have a clan title and role. This is not a problem when there is only a dozen or so of them, but when large groups of them are interacting it can easily get confusing who's doing what.

The grammar and puctuation, from what I can tell appears to be pretty good, a few mispellings or odd word choices here or there that can sometimes get one hung up or have to read a line twice, but the author seems to be quick to respond to edits suggestions so I suspect that will be ironed out in time.

The story itself is a rather simple concept of first contact and a younger race getting thrown into the deep end and being told to swim, but it is impecably preformed and remains engaging as the plot is pushed forwards by reasonable actions and assumptions by reasonable people. The many curveballs and twist of the story come not from a contrivence or random event, but from a character suddenly realizing that it had misconstrune another's actions or the clash of cultures between two similar but different people.

This is a wonderful story that I'm very glad to have stumbled upon in a wander through recent updates that I firmly believe could be published with but a couple more passes by an editor. I eagerly await to see more from this author and hope they find insperation aplenty.