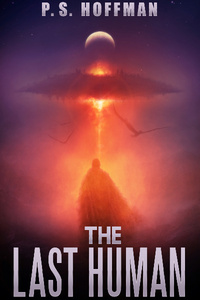 This book is well-written, well edited, and well planned and executed.

It is dark. Relentlessly dark. Soul-grindingly dark. Never a hint of lightening up, a moment when something horrible doesn't happen, or anything less than a neverending grind of pain and failure for everyone involved.

I love science fiction, and I am well familiar with Dark future concept, but this book takes that concept and runs with it into the darkness in a never ending tale of relentless depression and constant conflict.

The thing is, most of these books end after four or five hundred pages with the denouement. This, though, just keeps going relentlessly, never a hint of comic relief or even a moment for the heroes to relax. No big reveals, no final victory or defeat, just more grinding pain heaped on a smoking bonfire of corruption and death. The titular character is a useless, unheroic, brainless bundle of angst and constant stupidity that is impossible to empathise with. He's supposed to be 16 but acts like he's a 7 year old, and is flat-out unpleasant to read about.

That review? That's exactly what reading this feels like, the whole time. I will give the book 5 stars for technique, and pull away a star for being an endless grind that makes you feel filthy for even trying to follow the plot and for having absolutely no redeeming characters or characteristics besides it's complicated worldbuilding. This kind of relentless evil might have made a big name for scifi writers in the 60's, but today there's little to recommend it.

To be fair, it reads very much like a cartoon TV show. Pretty shallow, short chapters, not much character or world building, goofy powers and enemies and throw-away plots.

Still, it's competently written, and entertaining in the same way that after school cartoons are entertaining, and doesn't drain much of your attention. Easy to put down, but also easy to pick up.

4 stars for now, I need to get back to writing myself, but I might pick it up again to read more later.

I don't like busting on grammar and editing, but this book is filled with homophone errors.

Try running a Grammarly scan after you upload it?

Otherwise it's a decent book, if a bit overwrought. I like the way that the author doesn't overload on the statistics, and provides a synopsis of skill changes after every character sheet. 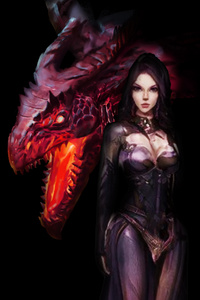 LitRPG elements race past crunchy and into painful

The LitRPG elements, however, are literally the entire book. Packed with filler, the litrpg elements quickly go past humorous and into the realm of 'this is aggravating as hell.'

It is not crunchiness, it is pestering.

The story could start being engaging if the author takes out about 90% of the pestering messages. I understand this is the beginning of the book, but we don't need a repetitive character sheet 3 times per short chapter and incredibly aggravting updating messages. 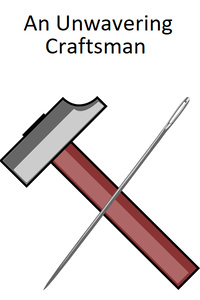 This is, to put it bluntly, exactly the sort of story I was looking for when I started writing I, Kobold.

It is rare, and concentrates on the important parts, and although it hasn't gotten into crafting trivia yet, I have very high hopes in that respect.

Stylistically, I had hoped for earlier attention to the nitty gritty of the story, but it definitely seem to be leaning in the right direction.

Grammar wise, it is clean, well-noted, with no real errors of any sort, and the writer is even courteous enough to restate the 'fogged sections' more clearly at the end of the chapters for those of us with awful eyesight.

Story wise, it is strong and the plot is both well-stated and discernable. Not much foreshadowing, but the author has included some. A little more buildup prior to the class selection chapter emphasising the protagonist's self-determination could have been helpful, as could a bit more research into alternate aspects of his skill rather than just the enchantment. but there's still room for that sort of exploration.

Character wise, Lana is still a mystery, the protagonist's character is fairly well defined, and well-done humor has done a lot to explore the personality of some of the minor antagonists already. There's definitely both political character and a full-blown personality clash at the epic level brewing, and I am looking forward to seeing where the writer goes.

I definitely approve of the focus on self-determination and hope that it continues in this vein, despite the hints of a ready build for 'ultimate power' pursued by the protagonist. The hints that the system is somehow broken outside of potential exploits is also very promising, as is the understanding that most exploits of a worldwide system might already be explored.

This is an area few writers are ready to venture into, as the assumption that the MC is the 'only one that could have thought of that' even in the most simple of applications runs rampant and infuriatingly through the genre, which the author has avoided cleverly.

In short, this book is on my lists, and I will eagerly await chapters.

This is a strong beginning to the story. I would ease off a little in the first chapters, Jack goes way beyond creepy with his confessions to the young lady, and she would have been screaming for the hills instead of coming back the next day, sympathy or not.

The world Jack is delivered into is 100% pure virtual game. It doesn't even attempt to be remotely releastic, but is fun nevertheless.

Jacks character is slowly being revealed to us, and dingo is fun but somewhat shallow currently. Not a lot of character interaction has happened apart from those meetings other than elves being stereotypes. Then again, it's a game world, elf stereotypes are part and parcel of the background.

I am not exactly sure if I like the name 'Jack Slater', since that was the name of arnie's character in 'the last action hero' and feels kinda...try-hard, like Rick Steele, Brock Hardman, or John Samson. That could be my own impressions, though.

The magical concepts are... interesting, and the book is packed to the gills with shoutouts to other RR authors and nerdgamer culture. The references to a sling, however, obviously has a place close to my heart (I have a similar stretch in my own book).

The only real flaw I can see is the occasional odd switch between present-tense and past-tense. But then, every author could use a good editor.

Over all, great start, I look forward to seeing more during the writathon! 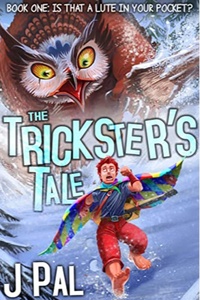 Outstanding fiction. Needs quite a bit of correction work, but strong work nonetheless.

It's nice to see an unconventional hero, doubly nice to watch an author that can produce a victory over a bad guy without automatically killing the bad guy at the end.

There are quite a few Londonisms, but he seems to have minimized them for foreign readers. 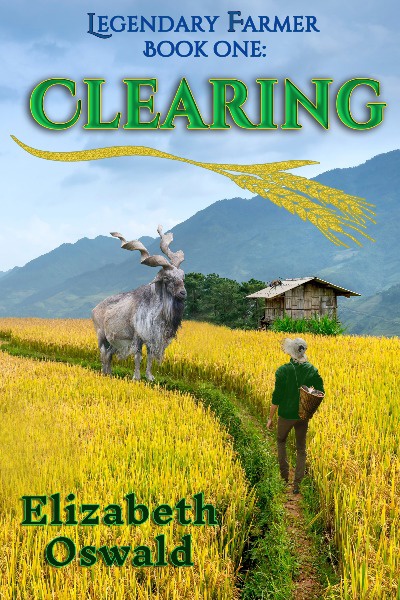 Good start flushed down the toilet.

The book started strong, and then devolved around chapter 30 into stereotypical Hollywood-style social justice grievance mongering and race baiting.

Yeah, I get that the author is trying to play to her chosen audience, but I want to read a book about litrpg fantasy, like in the tags and blurb, not preaching about how much life sucks for a minority growing up in the modern world. This book dropped from a strong 4 star to a 2 star in 3 chapters, the moment she introduced the 'main story' which is some 'information wants to be free' activism, like so many other stories trying to be 'original' in the most unoriginal, predictable, and stereotypical ways possible.

Throw in utterly forgettable real world bigots to make it feel real the same way redshirts die in star trek to make things look dangerous, 'my best friend is a minority' virtue signalling, and a whole lot of Mary Sue wokeism and you can see the way this book spiralled down the toilet amazingly quickly.

Get this story some purple hair dye, a nose ring, and some cheap star tattoos to make it 'unique', and it will be ready for another throwaway Hugo. 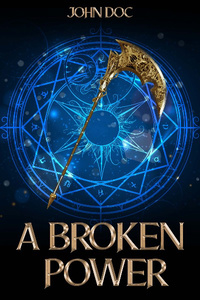 Wuxia/Progression stories are always a fun read. This progression tale has two parts.

The first is the progression of the Protagonist and his friends. While their characterization was at times a little shallow, it strongly supported the genre and theme. He successfully, but not effortlessly, blends both Western Social mores and eastern mystical convention, an enormously difficult task for any writer. Especially a writer who is unwilling to insult his audience's intelligence.

The second is, in fact, the progression of the WRITER. He built into his subject slowly at first, emphasizing form over substance, but this is common for a new writer. After he visibly grew more comfortable within his own story, the progression and motivations felt far more natural, until now, it is a gripping and un-put-downable tale of indefatigable perseverance in the face of the impossible, unwinnable, unstoppable, and irresistible.

And yet he believably makes it possible, wins, stops, and resists with a mixture of believable will and well-described conflict.

But that pales in relation to the will of the author, building a story that defies the conventional, and flies in the face of pretty lies and fears that plague most modern fiction. The protagonist is not overpowered but uses both common sense and uncommon dedication to continue his deadly story.

I am greatly looking forward to seeing the growth of both the protagonist and the writer's evolution. It is amazingly cool to watch. 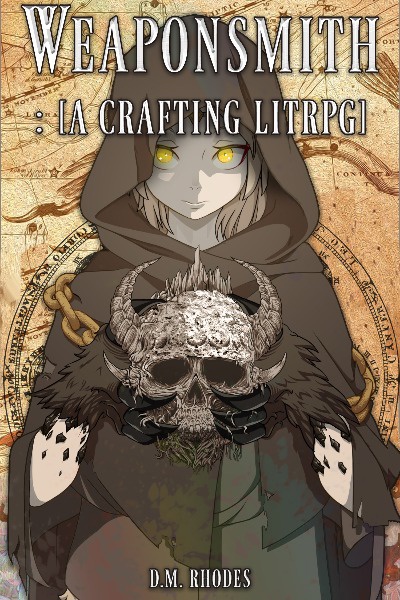 This story is definitely defined by the MC, and the character-building is absolutely top-notch. Early in the story, the combination of terror of people and desire for acceptance is difficult to understand, but the writer makes oblique references and subtle hints, and when more of the definition of the dichotomy is explored later in the book, his reasoning becomes very clear.

There are some things that I, personally, didn't care for, but they reflect on my personal preferences rather than the quality of the story, and within the world culture they may not be as unusual as my culture considers them, especially the relationship with the Owl Goddess. To be fair, though, fans of Anthros would find them very appealing.

The present tense of the story is difficult to grasp at first, but after reading for a while it becomes natural, simply a break from convention rather than a stumbling block.

The Writer is a non-native English speaker, so some of the word choices and sentence structure can feel a little uncanny at first, but by chapter 4 the story itself sets those aside. You begin to feel like those are due to the culture itself, rather than the writer's foibles. The writer is also extremely responsive to such oddities of grammar like the way native English speakers tend to stack adjectives, verbs, and adverbs as a language culture.

Despite this story being less appealing to me, personally, as a reader, the author's skill at building personalities and interactions, growing character, and even dealing with things that make the MC curl up in terror, I will definitely look forward to more chapters, and firmly recommend it to other readers.

It is NOT a typical crafting LitRPG. It breaks conventions, often in a good way. Read more than just the first 3 chapters. It grows on you.

(Personal note, I would love more descriptions of the crafting process, rather than just bulk crafting, but again, that's just my personal swing.)